Baby Got MLS Back Tournament 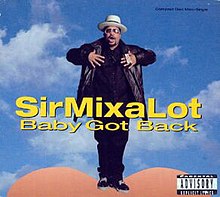 I felt like this deserved its own special thread. Coronacation is still on for now, but in July we get real soccer. I think Auria asked in the Coronacation thread what MLS gains by restarting (the possible losses being health-related, but also turnstile $$ and related revenue). I'll tell you what they gain: eyeballs. MLS has TV contracts to fulfill, and while Major League Baseball fiddles, the NBA waits until August, and NFL doesn't start until the fall, MLS is set to be the only major American professional league playing actual sports on your television for the month of July. I guess NASCAR also restarted (with actual fans!). If you're the average American male in the ESPN demographic, you're much more likely to watch live sports (that you don't necessarily care about) instead of the 1993 Fiesta Bowl or whatever.

Concerning our draw: We got FC Cinci, who should be the worst team in the group, and RBNY and Columbus, both of whom are similar to us talent-wise. The games should be good. I think we can get out of the group, but after that it'll depend on who we match up against. A shortened season is good for us with 6 points in the bag and Josef on the mend.
You must log in or register to reply here.
Share:
Facebook Twitter Reddit Pinterest Tumblr WhatsApp Email Link
Top