Nomadland at the Venice Film Festival and other fall festivals 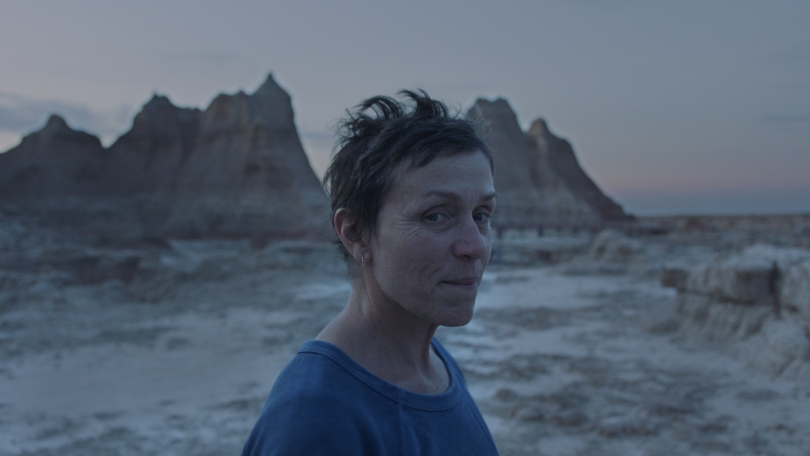 The screening of Nomadland will be held on September 11 in the Sala Grande at the Palazzo del Cinema on the Venice Lido. The 77th Venice International Film Festival is organised by La Biennale di Venezia and directed by Alberto Barbera. It will take place at Venice Lido from 2 – 12 September 2020.

“The American road fascinates me. It's heartbreakingly beautiful and deeply complicated. I've traveled it for many years and always hoped to capture a glimpse of it. I'm thankful to be able to make Nomadland and excited for audiences to join Fern on her adventure,” said Chloé Zhao.

“It is both a great pleasure and honor to be part of Chloé Zhao’s new film’s unveiling to the world,” said Venice International Film Festival Director Alberto Barbera. “Nomadland is a brave and touching journey into a world that exists under the radar of mainstream social consciousness. It is a film that acquires particular meaning in a moment of pandemic induced seclusion, proving that values like mutual support and a strong sense of community can save us from solitude, failure, and despair. I am also happy to share the opportunity to support this beautiful film with our fellow festivals of Telluride, Toronto, and New York: a concrete sign of solidarity and collaboration in this unprecedented and difficult time.”

Nomadland is a true cinematic discovery,” - said Searchlight Pictures Chairmen Nancy Utley and Steve Gilula - “We are grateful to Chloé and the entire NOMADLAND filmmaking team and to the festival community that is essential to the success of independent films”.

Nomadland follows Fern (McDormand), a woman who, after the economic collapse of a company town in rural Nevada, packs her van and sets off on the road exploring a life outside of conventional society as a modern-day nomad. The film features real nomads Linda May, Swankie, and Bob Wells as Fern’s mentors and comrades in her exploration through the vast landscape of the American West.

Nomadland is produced by Frances McDormand (HBO’s Olive Kitteridge) Peter Spears (Call Me by Your Name), Mollye Asher (The Rider), Dan Janvey (Beasts of the Southern Wild), and Chloé Zhao (The Rider). In addition to McDormand, the film features David Strathairn (Good Night, and Good Luck.). Zhao reunites with her cinematographer on The Rider, Joshua James Richards (God’s Own Country). The film features compositions by Italian composer Ludovico Maria Enrico Einaudi and film editing by Zhao. At Searchlight, the film was overseen by Presidents of Production Matthew Greenfield and David Greenbaum and Vice President of Production Taylor Friedman.

Chloé Zhao is a film director, screenwriter, editor, and producer known for her work on her debut feature film, Songs My Brothers Taught Me (2015), which premiered at the Sundance Film Festival. Her second feature film, The Rider (2017), received several accolades including nominations for Independent Spirit Award for Best Film and Best Director. Zhao directed the upcoming Marvel Studios release Eternals, set for release in 2021 by Walt Disney Studios.
You must log in or register to reply here.
Share:
Facebook Twitter Reddit Pinterest Tumblr WhatsApp Email Link
Top