Surprising Reasons to Save Sharks 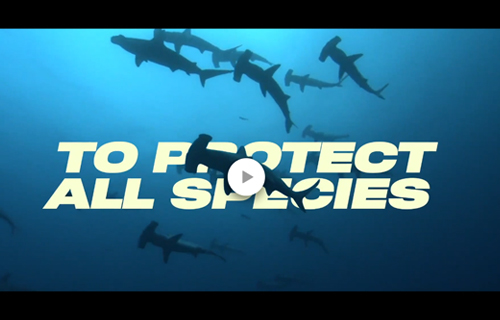 Watch the video for Surprising Reasons to Save Sharks​

National Geographic is launching their SHARKFEST, with five weeks of shark-related programming, beginning Sunday, July 19. Just a few weeks later on August 9, Discovery Channel will have their annual Shark Week!

Not only that, but July 14 is Shark Awareness Day. Here are some great reasons and ways to celebrate!

If you love movies about sharks, you’ve probably seen the 1975 comedy/horror Jaws. It was fun to watch because it’s so unrealistic, similar to the hilariously camp Sharknado movies. Legendary film critic Pauline Kael described Jaws as being "funny in a Woody Allen way" and said it would leave audiences "convulsed with laughter."

Jaws inspired some people to learn more about sharks, including Rob Stewart, who was alarmed when he saw his first shark at nine years old – that is, until it turned and swam quickly away, and he realized it was more afraid of him than the other way around.

He grew up to become a biologist and award-winning filmmaker. His debut film, Sharkwater, revealed that sharks don't consider humans to be food – apparently we taste pretty disgusting to them!

Rob discovered that the more sharks that were killed, the more the Earth was in danger from global warming, so he made a second film, Revolution.

He was inspired to do a third film, Sharkwater Extinction, after he found out that not only were sharks still in danger, but they were being found in cosmetics and food.

Check out these other films by award-winning filmmakers and cinematographers such as Madison Stewart, Andy Casagrande, Shawn Heinrichs, David Hannan and others.

More films about sharks, the ocean and the environment: