Now, according to Android articles, Nvidia is coming soon to groups with Android TV. At the moment, it's only available in the UHD3 box set presented by LG U + in South Korea, but it all shows that we will soon be able to enjoy it globally on those devices with Google's television functionality.

Nvidia long ago put it on the table his proposal within the field of streaming video games: GeForce NOW, which first flew computers and Nvidia Shield to make the jump to Android devices. And it has done it with some benefits over Stadia, such as its compatibility with many Android centers, its free access option, game support from other platforms and activating offers that enhance gameplay. 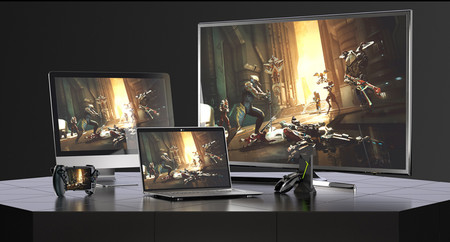 LG U +, Nvidia's partner in everything related to GeForce NOW, l aunched in South Korea a new set-top box (or Smart TV Box) called the UHD-3 and the American company provided access to the GeForce app NOW

for this device, running under Android TV. In a sense, this wouldn't be worth it without the Asian country (where UHD3 is sold), but if it works, it means users from all over the world can enjoy GeForce NOW on Android TV devices.

In a statement on Android Headlines, NVIDIA has confirmed that, once the app is available on UHD3, it can also be accessed from other Android TV devices. However, even if an app is available, it will not be considered an official release because, according to Nvidia, support is still active. That is, it is possible that some Android TV users can access the GeForce app NOW, but it will be the first access and, therefore, the experience may not be complete.

Some Android TV users may be able to access the GeForce app NOW, but it will be the first access and, therefore, the experience may not be complete.

Keep in mind that the minimum requirements for this access are that the device in question (television or box set) OpenGL ES 3.2, with at least 2 GB of RAM and Android TV 5.0 or higher. Along with them, you may have logged into GeForce NOW, but Nvidia warns that by going to the device you may experience malfunction.

From verification when will the official launch be GeForce NOW for Android TV, but they're not sure about anything. We will update the information when we have any further details.