One of the most anticipated mobiles of the year is here: the OnePlus Nord 2, the actual successor to OnePlus’ first approach to the premium mid-range by the original OnePlus Nord. An experience that went well, judging by the successive series of Nord N10, N100, N200 and Nord CE ..

A year has passed since the first North and competition is increasingly fierce in its range. The question is inevitable: How does the OnePlus Nord 2 compare to its competition in the most demanding mid-range of Android?

The 90 Hz begins to know little

To see what the OnePlus Nord 2 looks like in the current landscape, we compared it to terminals with similar features and prices. In our comparison, we included the POCO F3, Realme GT, OPPO Find X3 Lite, Samsung Galaxy A52 5G, Xiaomi Mi 11 Lite 5G, and Sony Xperia 10 III.

A 90 Hz screen is good, but the competition is already running up to 120 Hz

We start with the screen, where AMOLED and OLED have an absolute majority and with a single terminal that falls below 90 Hz, the Sony model. The OnePlus Nord has a 6.43-inch 90Hz AMOLED display, which is great but is starting to lag a bit behind what others are offering. POCO, Realme and Samsung have already switched to 120 Hz

Regarding the diagonal of the screen itself and how to integrate the front camera, we still have two sides: Sony and everyone. The OnePlus Nord 2 and all of its competitors have screens around 6.5 inches and with simple perforations, unlike Sony with its six inches and cameras in the top frame.

With so many AMOLED displays, it would be normal to think that we would have an abundance of fingerprint readers under the screen as in the OnePlus Nord 2, although the truth is that it is quite uniform: Xiaomi, Sony and Poco on the side, the rest under the screen. 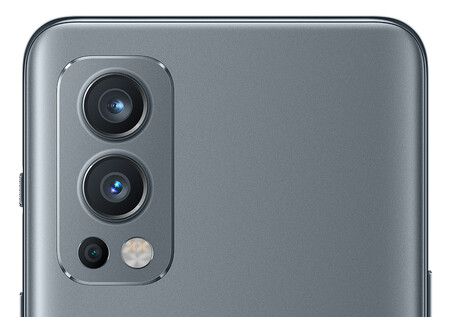 In the photographic field, the OnePlus Nord 2 has dropped a pair of lenses compared to its predecessor, but we already know that more is not always better. In front of a 32 megapixel front camera and 50 + 8 + 2 megapixel triple camera behind. One of the highlights of this year is the use of the Sony IMX 766 sensor and optical stabilization.

On paper the cameras of the OnePlus Nord 2 don’t look bad, borrow from OnePlus 9 (which we put an 8.5 in photography in our analysis), although the analyzes will have the last word. This is not a very different configuration from the competition if we exclude, once again, Sony with its 12 + 8 + 8 MP triple camera.

The OnePlus Nord 2 has fewer lenses than its predecessor, but a better sensor

This, yes, if you want a telephoto lens

You should look to alternatives like the POCO F3, Xiaomi Mi 11 Lite 5G or Sony Xperia 10 III. The rest, OnePlus Nord 2 included, remains in the main sensor, ultra wide angle and an additional sensor for macro, portrait or both at the same time. This year, there is no macro lens on the OnePlus Nord.

Processors for all tastes

Of course, OnePlus has changed from year to year this year and opted for the most powerful MediaTek, the Dimensity 1200. The others basically have Qualcomm’s full line of 5G processors from the Sony Xperia 10 III’s Snapdragon 690 to the Realme GT’s Snapdragon 888. 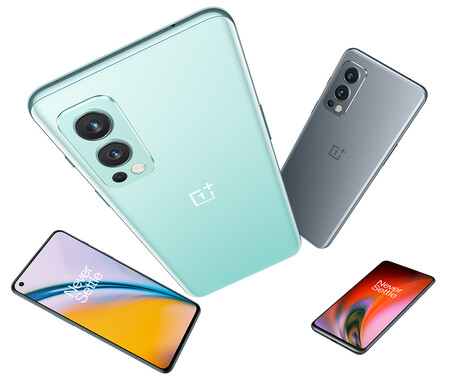 The benchmarks will have the last word in this regard, although on paper the power of the Dimensity 1200 should give it at least an advantage over the Snapdragon 7xx. The OnePlus Nord 2 is well stocked with RAM and storage

, because there is only one other terminal on the list that has a version with 12 GB, the Realme GT.

The OnePlus Nord 2’s 4,500mAh battery is in line with the rest, though its 65W fast charge stands out on the rest, at least on the mobiles which do not come from the same matrix. Outside of OPPO and Realme, the rest is about half, about 30W.

Steam Deck: The console could run the entire Steam catalog, according to Valve

Xbox Game Pass is great, but where is Microsoft for all the classic first-party games?

Xbox Game Pass is great, but where is Microsoft for all the classic first-party games?