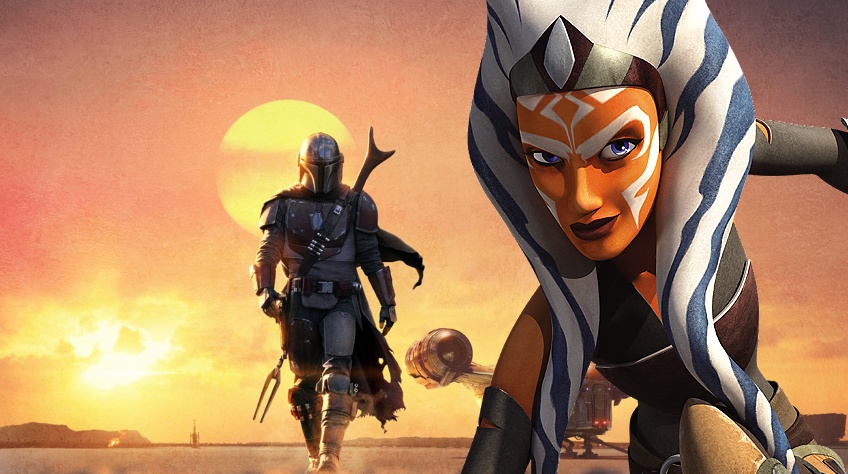 For season 2 of The Mandalorian on Disney +, Rosario Dawson was cast as Ahsoka Tano.

Ahsoka Tano will appear in season 2 of The Mandalorian. The former Padawan by Anakin Skywalker thus makes the leap from The Clone Wars into the first real TV series in the Star Wars universe. Rosario Dawson was cast for the role of fan favorite.

Does Ahsoka Tano get her own Star Wars series?

However, Ahsoka Tano is not supposed to play a major part in season 2 of The Mandalorian, which starts at Disney + in October 2020: Her role in the story of the Mandalorian bounty hunter (Pedro Pascal from Game of Thrones) is described more as a "guest appearance".

For this, Rosario Dawson is said to be casting as Ahsoka Tano and her live action debut open the door to a new TV series, which focuses on the Tano – as Deadline reports. An official confirmation from Disney is still pending.

Films & series on Disney + for the launch in Germany: From Star Wars to Marvel to Pixar

That Ahsoka Tano appears in The Mandalorian should be a welcome but not an unexpected surprise for fans: after all, it is Dave Filoni

at The Mandalorian as executive producer and director after having been responsible for The Clone Wars and Rebels while creating the character of Tano with George Lucas.

About that, what Rosario Dawson could look like as Ahsoka Tano, Star Wars fans have of course already considered:

Back in 2017 I did a piece on @rosariodawson as #ahsokatano and today I want to congratulate her for landing the role in @themandalorian ???

I don't know if it's? official yet. I'm sure it will be soon pic.twitter.com/YItHk6U6Rv

Who is Ahsoka Tano in the Star Wars universe?

Ahsoka Tano made her Star Wars debut with the animated film The Clone Wars. In the following TV series of the same name, she quickly became a fan favorite and also played a major role in Rebels. Even in Episode 9 – The Rise of Skywalker, she got a little cameo.

With her appearance in The Mandalorian, Ahsoka Tano now appears in a real film for the first time after having appeared in previous productions set to music by Ashley Eckstein has been. Now Ahsoka gets a new actor, which could cause fans of Tano and Eckstein's performance to raise eyebrows.

Rosario Dawson shouldn't be a stranger to Star Wars fans though: With her roles in films such as Sin City, Death Proof, Zombieland 2 or Marvel series such as Daredevil, Jessica Jones and Luke Cage, she has already appeared in productions that War of the Star viewers might also be interested in.

The most important information about The Mandalorian & Disney +

The Disney + streaming service will be available in Germany from March 24, 2020. Up to 500 films and 350 TV series should be available for the release. We have already shown you which Star Wars, Marvel, Pixar and Disney productions are included in our overview. Disney + costs eight euros a month in Germany, for the annual subscription 70 euros are required

Season 1 of The Mandalorian was already on Disney + in the U.S. in late 2019, Season 2 is currently being produced for a release in October 2020 and should also be available in Germany on this date. Incidentally, you can watch episode 1 of the first live-action series of the Star Wars universe this evening on March 22, 2020 on free TV: ProSieben will broadcast the first episode at 8:15 p.m. The remaining episodes of the first season then appear on Disney + every week.

Corona self-test via Siri or app: these are options