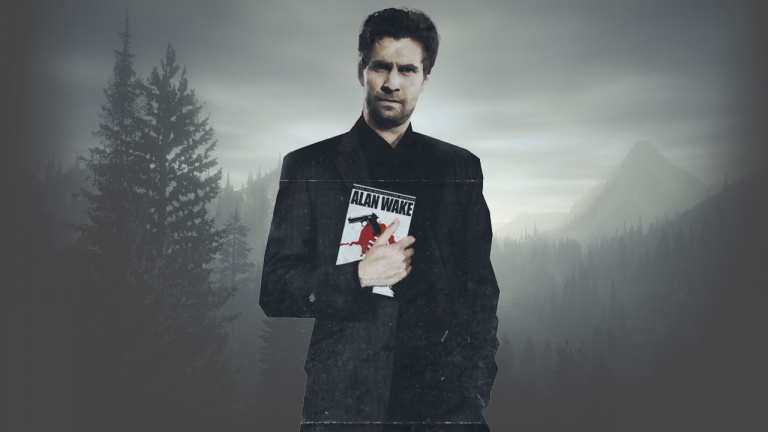 On May 14, 2010 the cursed writer Alan Wake came out of the dark woods of Bright Falls. Available only on Xbox 360 / One and PC, the horror action game designed by Remedy celebrates its tenth anniversary today. In order to blow out your candles in your company, we return to this title, the conclusion of which is studded with ellipsis. Alan, wake up !

The story of the Alan Wake project is as eventful as that of a hero surviving Lovecraft filth. Unveiled at E3 2005 in order to highlight the technological benefits of ATI graphics cards, the game is above all thought of as a horrific open world inside which the player is free to wander. The various concerns linked to rhythm and narration, however, prompt Remedy to review their copy for a more traditional and linear model. Foundations designed for a more open epic, Alan Wake keeps fairly large forest areas and movement in vehicles during specific phases. It was in 2006 that an agreement was signed between the Finnish studio and Microsoft to guarantee the exclusivity of the soft Xbox 360 and PC. A good agreement that will last until 2016, when Remedy decides to regain its independence after the delivery of Quantum Break.

Alan Wake tells the story of a successful writer who suffers from blank page syndrome. It’s impossible for him to find inspiration and put the first lines of a thriller on paper, as he normally does. It is with a view to changing ideas, but also to reconnect with his wife, Alice, that the novelist leaves for the wooded regions of Bright Falls, a (fictitious) town lost in Washington State.

. The soothing setting does not prevent an argument from breaking out within the couple, just hours after their arrival in the chalet of Diver’s Isle. With a heavy heart, Alan walks away, leaving his wife in the grip of a threat lurking in the attic. It is the starting point of a story that will immerse the writer, but especially the player, in the midst of a supernatural investigation where reality is as intangible as the thick mist suffocating the surroundings.

If Alan Wake made a strong impression with his highly sought-after scenario recalling the depth of that of a Silent Hill 2, he was not necessarily marked by his gameplay deemed repetitive. A true third-person action game, it has often been compared to Resident Evil 4. The title of Remedy is above all honor to the light

. The hero must indeed remove a sort of infernal shield from his damned adversaries by pointing his flashlight at their dark silhouettes. Deprived of their dark protection, the enemies then become vulnerable to firearms. Alan Wake has flares and can reactivate generators to provide life-saving light. Another peculiarity of the soft is to scatter on the player's path the pages of a novel describing events that will happen. Some perceived a suspicion of spoil, a clever way to prepare the player for the worst.

On many levels, Alan Wake talks about love, but also about the character of the artist. The influences of Remedy's work come from both Stephen King and David Lynch productions, among others. Divided into episodes forming the complete game, the story was originally thought to be broadcast dematerialized at a regular rate, like a real TV series. Microsoft was nevertheless worried that this format would gangrene sales over the broadcast of episodes. The American giant releases Alan Wake on May 14, 2010 in Europe, that is to say a few days before the release of Red Dead Redemption. Sales, which are struggling to take off in this direct confrontation as Sam Lake concedes, will ultimately be satisfactory: Remedy announces that it sold 3 million Alan Wake and its American extension Nightmare in May 2013. Phil Spencer will recognize much later that the episodic broadcast would surely have better suited the game. The Redmond company will not want not produce Alan Wake 2, preferring Remedy to try his luck with Quantum Break.

Known for its Cauldron Lake and Elderwood Park, the city of Bright Falls is “a fabulous setting for the action of a novel”Says Alan Wake. It eventually became the epicenter of strange phenomena in a fan-requested sequel. All the lights are green to see the writer come back. Remedy has said many times that he wants to design a sequel, a TV series is still being studied, an extension of Control should have ties to Bright Falls, the Finnish studio owns the rights, and we know that Epic Games is funding two projects not yet announced with the group. All hopes are therefore allowed: the flame flickers but does not go out.

Instead of € 3.09: this Android puzzle game is available today for free

Xenoblade Chronicles Ultimate Edition: Watch the actual use of the remastered version of Switch