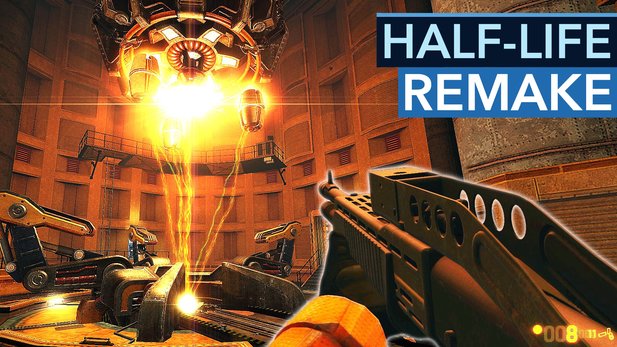 
Black Mesa – The Half-Life Remake isn't perfect, but it's incredible

Black Mesa is not only well received by the fans, but also by the developers of Half-Life: Alyx. This revealed Valves level designer Dario Casali in an interview with PCGamer. He not only worked on the new VR title, but also on the first two half-life games and two portals. He even preferred to play Black Mesa instead of the original.

During the development of Half-Life: Alyx, Casali started again with the first Half-Life to be inspired. But after about five hours the thought came to him:

"" What are you doing? Just play Black Mesa. (…) Then I started Black Mesa all over again. And I went through it completely. And they did such a wonderful job. Such a terrific implementation. ""

He particularly likes the redesigned Xen sections. The levels in a parallel world had not liked all players in the original. Here, however, Alyx writer Erik Wolpaw, who also participated in the interview, contradicts him: He points out that it was over twenty years ago that the first Xen sections were created.

The inspiration has helped, Half-Life: Alyx is a resounding success internationally: fans and the press are equally enthusiastic about the VR shooter. You can read our extensive test at GameStar Plus:

Half-Life: Alyx in the test – the best VR shooter ever

You don't have a Plus subscription (yet)? Then take a look at the free summary of the most important pro and contra points for Half-Life: Alyx.