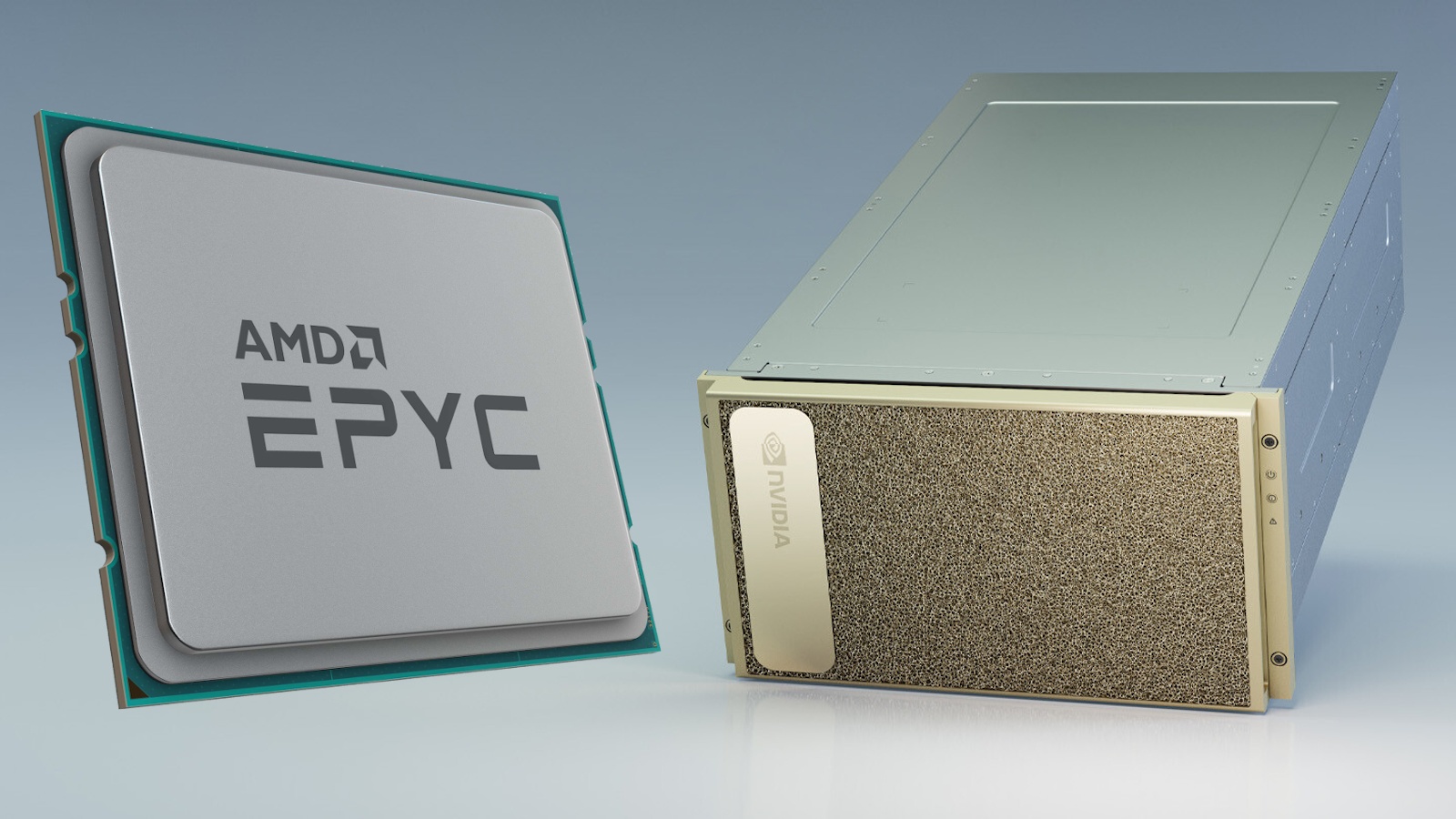 So far, Nvidia has relied on Intel processors for the DGX systems for the professional sector. That changes with the DGX A100.

As Nvidia on the rescheduled GTC keynote, the new amp architecture including the extremely fast System for AI calculations DGX A100

presented, the main focus was on GPU performance. But there is also great confirmation for Nvidia's main competitor AMD.

It is not about graphics processors or comparable chips for professional applications, but about the CPU used: Nvidia relies on two with the DGX A100 Epyc Rome 7742 from AMD instead of Intel processors as before.

Unsurprisingly, Nvidia did not go particularly peddling, for example, the AMD processors are not even mentioned in the following video of the DGX A100:

AMD has a lot to offer with Epyc

Towards CRN.com Nvidia's Charlie Boyle gave several reasons why they chose AMD to provide the A100 GPUs with the necessary data quickly enough:

The decisive factor was probably the support for PCI Express 4.0, which Intel does not have to offer with the current Xeon processors. Boyle also emphasizes the importance of PCIe 4.0:

“The DGX A100 is the first accelerated system that fully relies on PCIe Gen4, which doubles the bandwidth compared to PCIe Gen3. Our entire I / O system supports PCIe 4.0: graphics cards, Mellanox network cards, AMD CPUs and the NVMe SSDs that we use to transfer AI data. “

First signs of PCIe 4.0 at Intel

In the desktop area, Intel will also offer support for PCI Express 4.0 with the Rocket Lake processors. They are expected to succeed the current Comet Lake range (Core i 10000).

As various PR materials from the mainboard manufacturers show, the Socket 1200 mainboards for Comet Lake already support PCI Express 4.0, although the Core i 10000 processors do not. This suggests that Intel will use the new PCI Express standard with successor CPUs.

AMD has been supporting PCI-Express 4.0 in the desktop area since the release of the Ryzen 3000 processors in July 2019, but this is currently not very important for gamers, as our benchmarks for PCI Express 4.0 against 3.0 show.