Our detective and his partner Kitsuragi will soon be able to investigate in German.

Disco Elysium is a true role-playing gem that, frankly, cannot be praised enough. However, this RPG masterpiece has escaped many players. There were no translations apart from the English original language.

All translations are currently being worked on. The announcement did not yet reveal when the localization would be completed. So it will take at least a few more months before you can enjoy the role-playing game in German. You can follow the progress of the translations on the official website, but the German one is currently only five percent.

Why this is particularly important here

The Disco Elysium focuses on its dialoguesthat we have to lead to solve a crime. We have a wide range of approaches here. Depending on the decision, the player character develops in very different directions and trains new thoughts.

For this to work and be fun, the textual quality has to be right and you have to understand what is going on. The English texts were very high quality, but also not easy to understand for everyone, which is why many German players preferred to avoid Disco Elysium despite their interest. In what exactly Fascination with Disco Elysium we'll tell you in detail in a separate video: 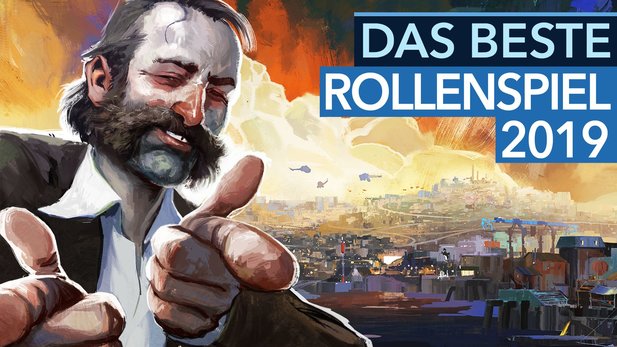 
The best role-playing game 2019 – what makes Disco Elysium so good?

Who takes care of the German translation?

Translating Disco Elysium will be a challenge. After all, the trick must be able to adequately convey the language power of the original and not water down the content. For most of the translations, the developers team up with their community. Teams from die-hard fans were selected to be responsible for the translation.

For the German translation, however, ZA / UM relies on the traditional company Testronic Labswho have been working in quality assurance and translation for over 20 years.

Fallout inventor: Disco Elysium is not an RPG!

Disco Elysium for everyone

The developers want Disco Elysium to be played by as many players as possible. That is why it is not just translated new update also changes system requirements. This reduces the requirements for your computer to the following minimum values:

According to the developers, they want to lower the requirements even further. So that every player can really enjoy Disco Elysium – maybe you will even bring your dear grandmother to Disco Elysium with her 15-year-old home computer.