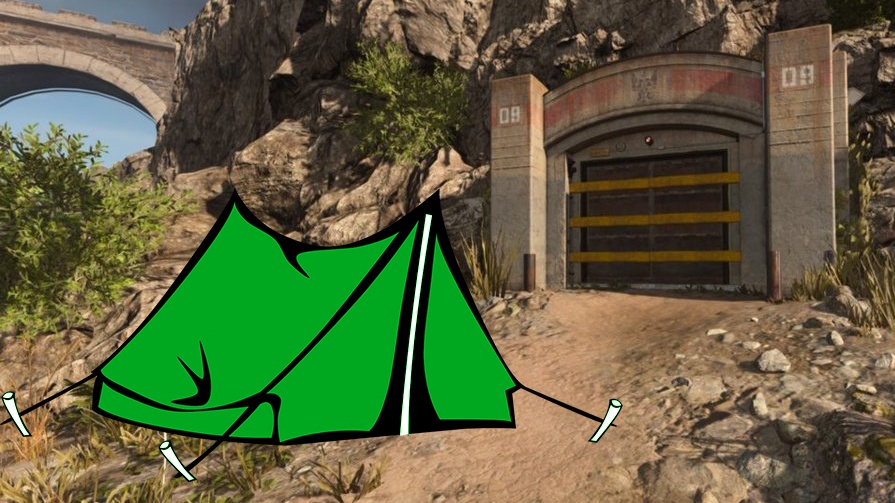 In CoD Warzone, the bunkers are now besieged by campers.

As of this week, Call of Duty: Warzone players can finally get the open mysterious bunker and optimally equip yourself with the loot inside. Especially Bunker 11 has aroused the interest of the players, because this cannot simply be unlocked with a key card, but has to be opened with great effort: campers now let other players take over the work.

CoD Warzone: Bunkers can finally be opened & that's inside

Opening bunker 11 takes a lot of effort: Squads have to find ringing phones on the map, translate Russian texts and then check three other phones in a very specific order. Those who master this can enter the bunker and look forward to massive loot including an exclusive blueprint for the MP7.

Show clips released on Reddit: It is much easier to wait for someone else to open the bunker – commonly called camping – and then to attack.

Reddit user VeryOldYoda shared a particularly anti-social example under the title “Thank you for free access to the bunker.” For which he is described by other players as “damn asshole”. With a rocket launcher, he destroys the helicopter of an enemy squad, kills the group and grabs the hard-earned prey of its victims – but not without “teabagging” the dead opponents again:

Thanks for the free bunker access. from r / COD war zone

Another player is similarly brutal: After the camper has heard that the bunker doors have opened, he gets into a jeep and kills all the players who are looting the shelter at a speed of murder:

However, there doesn't always have to be murder and homicide. Reddit user Eljefeo shared an image in which he secured the blueprint for the Mud Dauber MP7 together with an enemy squad:

Not everyone is a jerk at the bunker, as long as you get the blueprint first let em look around.

Another player shared a similar story in the comments:

“Right in front of the bunker, a team was waiting for someone to open it. As soon as they saw us, they dropped all their guns, we opened the bunker and everyone got their blueprint. Thank goodness there are some good guys in this game. “

Either way: When you enter Bunker 11, you should always leave a lookout at the entrance – whether the approaching players are a nasty camper or friendly enemies who just want to get hold of the blueprint, it will quickly become clear in any case.

12 times that our country appeared in first level titles