The exclusive five-year contract runs from 2023 to 2027. The developer states that he wants to publish titles with a WRC license for PC, consoles and smartphones – including an annual implementation of the World Rally Championship. The first game from Codemasters with the renewed license is said to be no earlier than 2023 and no later than end of March 2024

appear – it will be a long time before we see the first result of this partnership.

The license is currently held by publisher Bigben Interactive and the French developer Kylotonn, which will join this September WRC 9 will publish their next rally game exclusively in the Epic Games Store. Other titles are to follow in 2021 and 2022 before the license has to be surrendered.

Codemasters is currently working on Dirt 5 in addition to F1 2020 – the next part of the successful off-road series has only recently been announced for October. You can see a first trailer here: 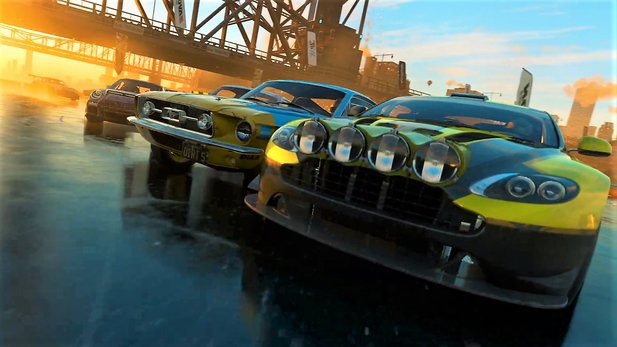 However, the British announce that the WRC license should have no impact on the development of the dirt games. It is planned to continue to develop and publish these alongside the new license titles.

Furthermore, the British developers announced that a successor to Dirt Rally 2.0 is also under development, which should be released before 2023. How it will go on with Dirt Rally afterwards and whether the series will have to give way to the new WRC games is not yet known.

For the first time, the popular Formula 1 series will be released next month with F1 2020. You can read why this could be the best F1 game from Codemasters so far in our preview: