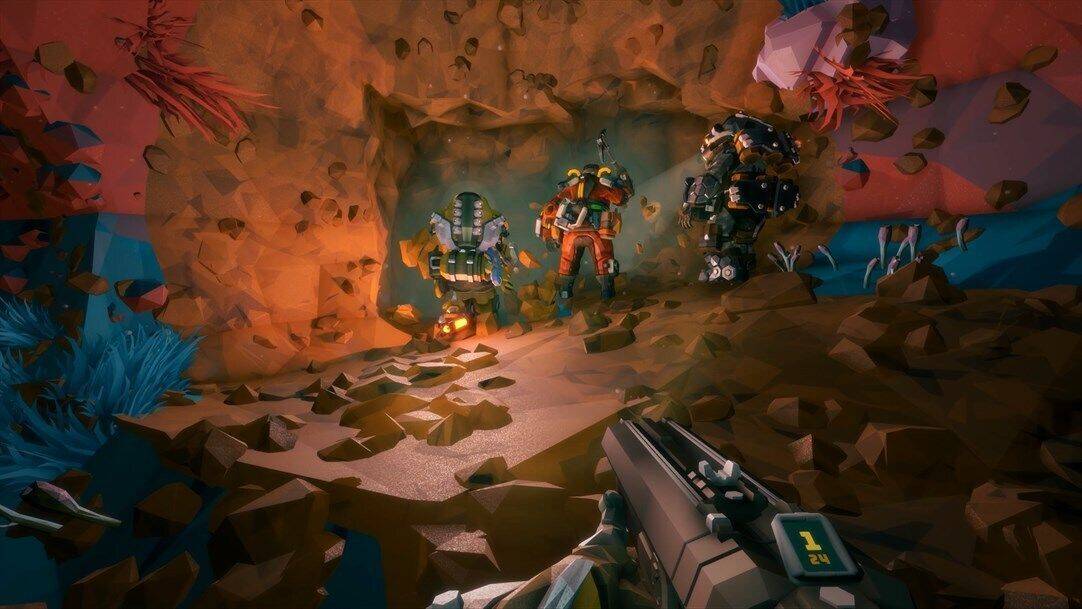 Deep rock galactic is officially available at PC (Steam and Microsoft Store) and Xbox One in digital format after spending more than two years in Valve Store Early Access and Xbox Game Preview. The Ghost Ship Games production is a shooter cooperative (between one and four players) in which, controlling dwarves, we will explore a hostile planet to get valuable minerals.

Players will accept missions to obtain different minerals, which will lead them to a network of caves of the planet Hoxxes IV which will be generated randomly. All is totally destructibleSo it is up to the player to advance by digging a straight path, or carefully, creating different ramifications.

The environment be in the dark, so the dwarves must bring their own lights and think carefully where to place them. In addition, like any uninvited planet that prides itself, there will be alien bugs that get in the way, which will face hordes of enemies

. To face them there will be flamethrowers, mounted machine guns, portable platform launchers and other weapons.

Players can choose between four classes. The Gunner They have tools dedicated to killing the enemies that appear. The Scout they have different utensils for lighting. The DrillerAs its name suggests, it focuses on going through the walls and rocks. For his part, the Engineer can build defensive structures and turrets.

Throughout these two years the title has received 29 major updates. The thirtieth patch marks the official premiere of the game, and it does expanding the soundtrack, adding rewards and new ranks (it goes up promotion as it is played), and multiple bugs at the same time that certain elements are polished.

Deep rock galactic cost 29.99 on Steam and in the Microsoft Store, although there are two additional packages: the Deluxe Edition 39.99 (add cosmetic elements) and the Dwarven Legacy 49.99 (also includes the Supporter Pack with four unique armor and an emblem, as well as the original soundtrack). The Microsoft Store version has Xbox Play AnywhereThat is, with a single purchase you can play on PC and Xbox One. Later you get to PS4.

The Origami King will land on July 17 on Nintendo Switch