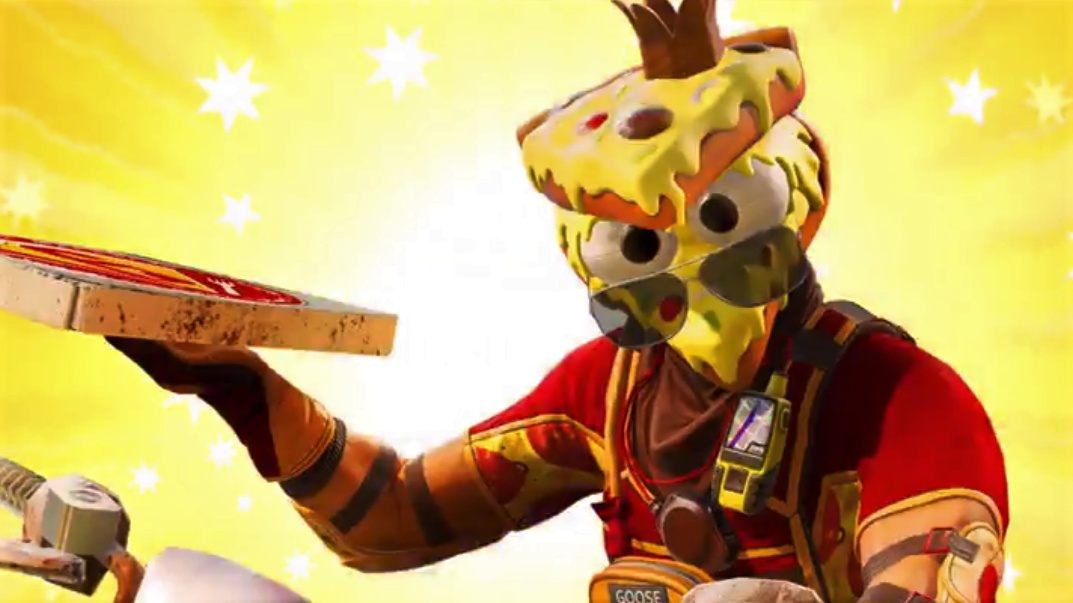 If you like it: In Rainbow Six, Mozzie can also start out as a pizza head.

Quite right: The defender turns into a pizza with big cheese eyes and thick cheese eyes, and there is also a salami look for his weapon. Many fans don't like this look at all.

The Cheesie One has arrived! ? Claim your free Twitch Prime Operator Set today and join Mozzie in taking back the term pizza face. Don't have Twitch Prime? Just link your Amazon Prime account or sign up for a free trial today.

who ask Ubisoft to save themselves such ridiculous skins.

For example, user Gerald Kodiak fears that all games would slowly develop towards Fortnite. After all, Epic's Battle Royale shooter is known for having players with particularly colorful and wacky skins. Ubisoft has already responded very easily to this concern from Gerald and simply replied: "It's just a skin."

It's just a Mozzie skin, Gerald.

Other users such as Tom Karlberg begs the developers: "Please, don't become like Fortnite!" The community is also discussing the pizza skin on Reddit and some fans see it as a first step in a dangerous direction. For example, Reddit user PabloScripts writes:

"Even if I hate these unrealistic skins, I will have to live with them.
But Jesus, if at some point they incorporate dance emotes into this game, I'll freak out. "

However, on the other hand, numerous fans express their enthusiasm and amusement about the pizza skin. There are already numerous tweets and the first Pizza Mozzie memes on Twitter and Reddit, which take the new outfit from Mozzie absolutely harmlessly and find it just funny.

Some fans still can't quite classify their feelings, as Reddit user Hmoorkin writes: "I hate this skin, but I still have the feeling that I absolutely have to have it."

And how do you get the pizza skin? You can only get the outfit if you are a Twitch Prime subscriber, it cannot be unlocked in the game itself. If you have Twitch Prime, you can simply pick up the skin for free on the official website with the Twitch Prime Loot until April 24th.

Advertisement
Related Topics:criticismFortnitequotPizzaquotDon39tsillySkin
Up Next

Secret File 3 is now in the App Store (iOS)