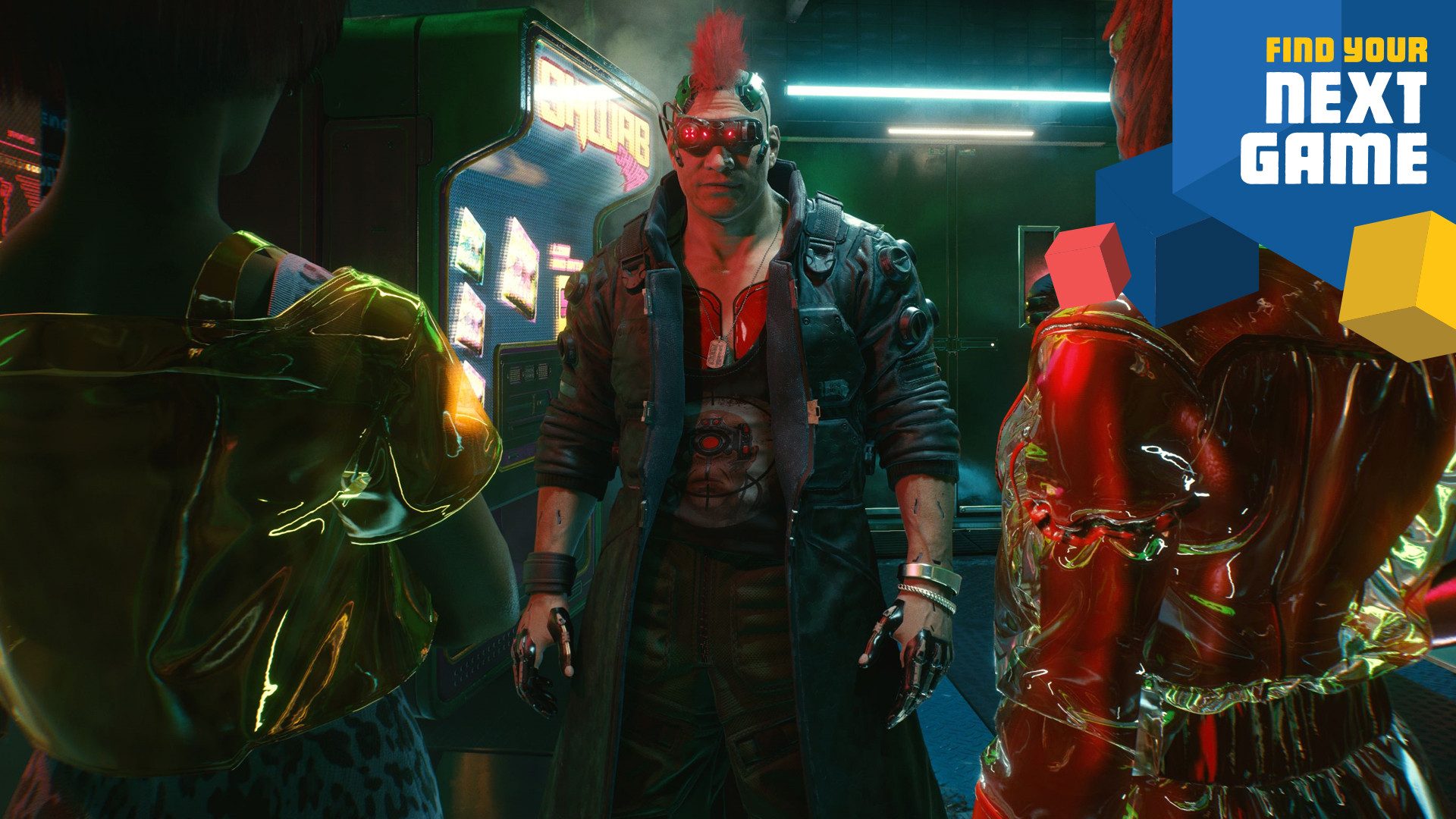 Cyberpunk 2077 has finally given its news after so many years of waiting. Better yet, we were able to play it, and if you can discover our impressions on our written preview, we also suggest that you go back in detail on what was revealed in the Night City Wire and show you especially new gameplay images .

For starters, a bit of driving has been revealed again. The city of Night City seemed particularly large to us, and if fast travel points will be offered as they are discovered by the player, it will also be possible to call your vehicle at any time using your character's mobile phone . If we had to summarize our driving sensations, we could say that they were correct without being exhilarating either. The vehicle lets itself be driven rather well, adheres well to the pavement even if it lacks a slight feeling of power, which is still a shame for what normally seems to be a real digest of technology. Note that we have not yet been able to rub our bikes, but these will be present in the game if we refer to the different presentation trailers.

We did not have the opportunity to test the theft of the vehicle for snatch, as in any open motorized world that respects itself. The functionality will exist well, it was even offered to us, but it will not be possible for all the characters. To succeed in a car jacking, you will have to invest talent points in your constitution, in order to have the strength to extract a passenger from his vehicle. On the other hand, as you can see, the streets of Night City are sometimes a little deserted by cars in the somewhat remote districts, which suggests that the manual call of your own car will remain the mainly used option. Besides, remember that Night City will certainly be a very vertical city, and if it will be possible to embark on flying shuttles, it will unfortunately not be possible to drive them. Finally, we were able to attend a few chase races scripted as a passenger, but the spectacular setting, knowing that it will also be possible to use your weapons at the wheel of your vehicle.

We come back to the prologue

Within the framework of this Night City Wire, CD Projekt clarified that all that was revealed concerned the prologue. It is indeed the case, but it is necessary all the same to bring a little precision. Once your character is created, you can choose a path, which is basically an Origin Story for your V. You can choose between Street kid, Corpo and Nomade, each path having a specific introduction. This is one of the reasons why we did not have the opportunity during our play session to see the Badlands. These desert areas, which we assume will be accessible throughout history to all players, are however linked to the Nomad background. For our part, as Street Kid, our starting point was in a somewhat shabby bar in which we had to steal a luxury car to pay off the debt of a friend. The police intervention quickly cut short our theft, but the sequence was also the scene of our meeting with Jackie, who will be our partner and friend in Cyberpunk 2077. As a reminder, we were able to play for 4 hours at the game and we saw a big chunk of the introduction, which suggests that, in addition to having real replayability depending on the path chosen for our character, Cyberpunk should offer frankly massive content.

It might seem like a detail, but it is not. The Night City Wire also made it possible to discover a whole new gallery of characters. And as much to say that on this point, enormous work has been done to make the protagonists credible and ultra charismatic. In addition to an excellent global design chara, it is also in their attitude that their charm is found.

You should know that, on our portion of the game, Cyberpunk turned out to be very talkative, as much, if not more, than could be The Witcher 3. During the sequences of dialogues, which remain in view in the first person, you will be able to move the camera almost freely according to your field of vision, but that does not prevent looking at your interlocutors, whose attitudes are credible and stick to them. The dialogues are often believed, but the Cyberpunk spirit in this rough universe seems to be respected. So certainly, if the game is also talkative over time, it may not be to everyone's taste, but as it stands, the exchanges are frankly pleasant to follow and the protagonists very neat.

CD Projekt spent quite a bit of time on Braindance, this investigative functionality which we were also able to try out twice as part of our preview. The principle is quite simple. Through advanced technology, it is possible to relive the experience of a protagonist through his eyes, and to feel the sensations. The example revealed here details a turning that goes wrong. Once the sequence is finished, you can switch to edit mode, which allows you to observe the scene from every angle. The interest here is to observe elements that would have escaped the protagonist. In this case, by analyzing the sequence revealed here, the trick is to analyze by a filter system the screen captured by a surveillance camera to identify the person who killed the one whose memory we relive. These sequences, which are of course scripted, if used wisely, could offer original game sequences. As far as we are concerned, a little later, we were also able to use it to scan a telephone conversation or even analyze the position of the security cameras in an apartment. Anyway, given the presence of Braindance in the Night City Wire and in our game session, it's a safe bet that we regularly find these phases of investigation throughout the adventure.

Another essential point of Cyberpunk 2077 will obviously be its fights. In this case, the presentation did not fully emphasize this point, but unveiled new sequences. The promise of the game is to have the choice of approach for a given situation. In addition to pure infiltration or the frontal approach, we were shown here a slightly more hybrid path. Thanks to a dedicated menu, you can access a hacking function to, for example, overheat an implant in order to lower the life of an adversary a little to complete it with your weapons, which for some of them, however lack a little potato. But that's not all, Cyberpunk universe requires, you can add powerful implants modifying your capacities. If we could not rub against this possibility, we could however see that the modifications seemed numerous, allowing to adapt your character to your way of playing.

Know also that the melee will also be there. You will be able to give powerful, fast shots, but also enjoy a perfect counter system, with a good sense of timing. That said, it seemed a bit complicated to specialize in close combat, given the configuration of the bouts crossed, most of our adversaries being heavily armed.

To conclude, if you wish to have a more precise and complete opinion on our game session, do not hesitate to consult our written overview which returns to elements which have not been revealed here, in particular the creation of characters and the skills.