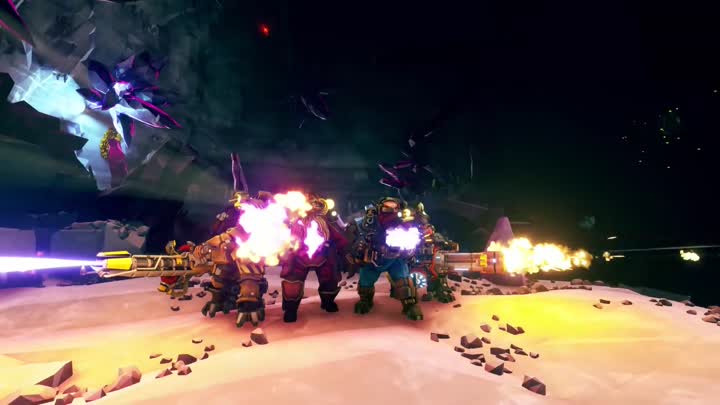 After an early access of about two years punctuated by regular updates, Deep Rock Galactic is now available on PC and Xbox One in version 1.0. The opportunity for Coffee Stain Publishing and the Ghost Ship Games studio to broadcast the traditional launch trailer.

Already sold with more than a million copies, the title brings together up to four players for perilous missions in destructible and procedurally generated caves, rich in resources to harvest but also populated by hordes of enemies. The emphasis is on cooperation: four complementary classes are offered (Gunner, Scout, Driller and Engineer), with weapons and skills (passive and active) to improve over the missions. To discover for € 29.99 download on PC (Steam / Microsoft Store) and Xbox One.

Note that the developers intend to continue to supply the title with updates. Their priority: to introduce new types of missions.