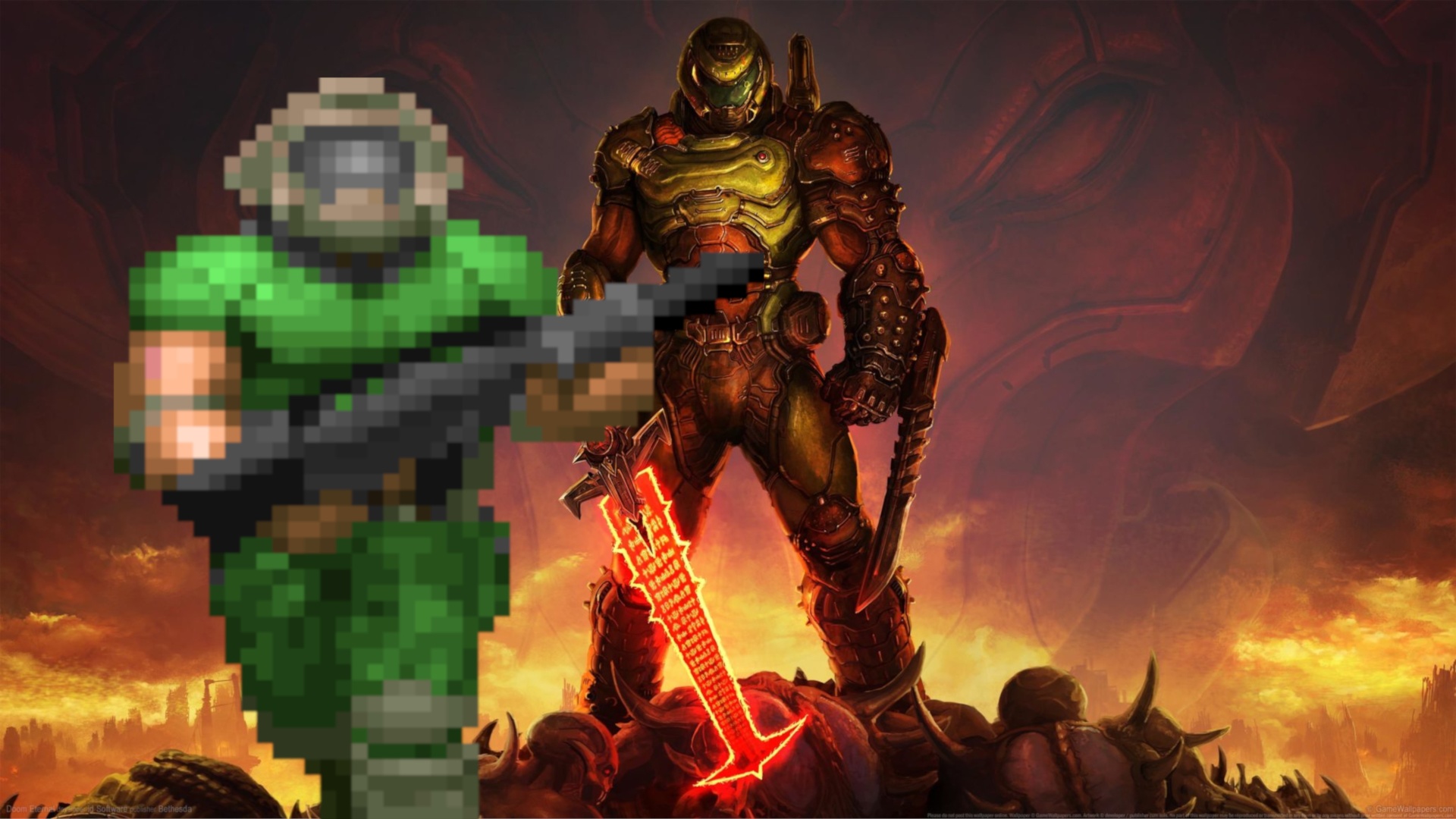 If you need more of the slayer after Doom Eternal, you can play the first two parts.

A modern hobby of some programmers is Make Doom work on all possible systems: From an oscilloscope to Christmas trees and voting machines to … Doom Eternal. You read that right: Doom 2 from 1994 can be played entirely in the newest branch of Bethesda and id Software.

This is how you play Doom 2 in Doom Eternal

The classic shooter is hidden as an Easter egg in your home base. You can explore the Doom Fortress between missions. If you enter the name »FLYNNTAGGART« on the computer, Doom 2: Hell on Earth starts.

What's the name all about? Flynn Taggart is not one of the developers of the game, but a character from the Doom universe. More precisely, he is the protagonist from the novel implementation of the first two games.

The WAD files of the old Doom parts contain all important data such as maps and sprites.

You can load other WADs: The game was not reprogrammed for this. Doom Eternal has a new implementation of the classic id Tech-1 engine. So you can load WADs – their file format.

You can find it in the folder " DOOMEternal base classicwads". If you simply replace them, the game loads your own WAD instead of Doom. However, compatibility problems can arise. Especially when the WAD has multiple audio channels, there are reports of dropouts and crashes.

The surprisingly complex storyline before Doom Eternal: You have to know that before you start

Doom is the reason for half-life

Incidentally, the hobby mentioned at the beginning of getting Doom running on any hardware is one of the reasons why Gabe Newell founded Valve Software at the time. The Valve boss recently said in an interview that he originally just wanted to show that Doom can run on Windows.

That was also the core of Half-Life was born. Because, as he explains further, the goal of a half-life game is to "solve interesting problems". For example, the implementation of physics as a gameplay element in Half-Life 2 and a complete VR shooter with an extensive campaign at Half-Life: Alyx.

In the meantime, the new Doom Eternal itself was able to establish itself in the Steam Charts, occupying four out of ten places in the week from March 17 to 23, 2020

Advertisement
Related Topics:DoOMEternalplayed
Up Next