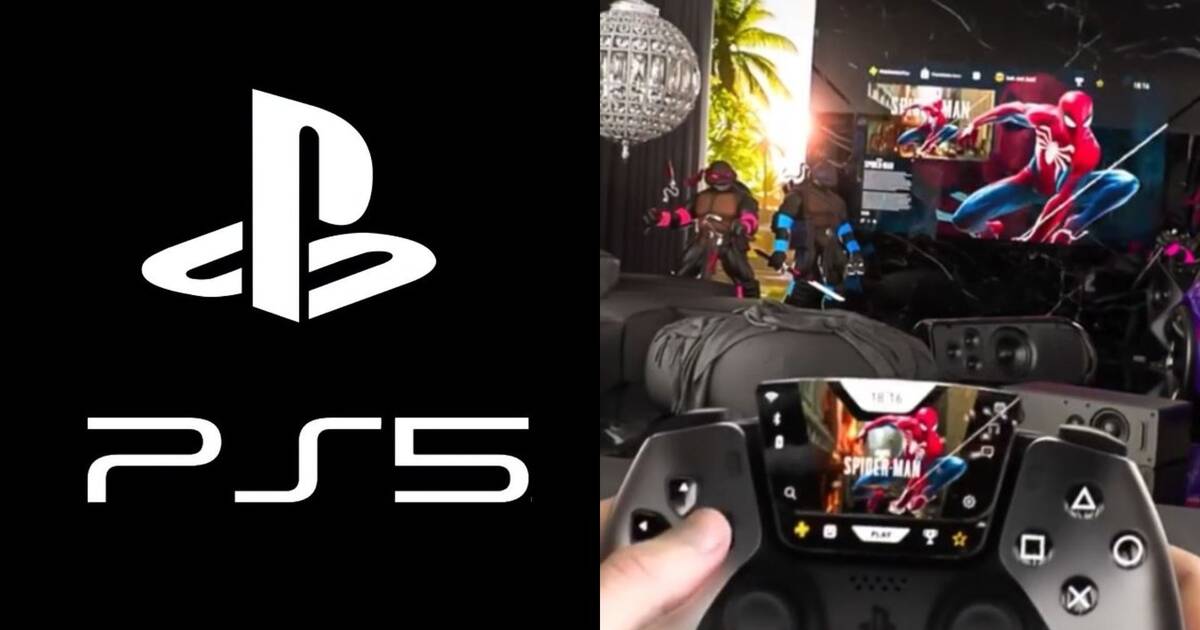 A fan of PS5 has posted on his personal Instagram account a video in which imagine what the DualSense of your dreams would be like. This assembly -of high quality, it must be said- shows an incredible extendable control that leaves space for a series of touch buttons between the two sides of the device and the central panel, which will also have a miniature screen that will provide additional information to the that is being seen in the game.

This ideal DualSense shows on your imagined screen everything that happens in the PS5 menu: each game selected has its own reflection on the controller, providing contextual information from the console interface such as the level of the WiFi connection, if there are friends connected, etc. Once the player enters the game they want, the screen pass to function as an accompaniment tool, becoming, for example, the map of Fortnite. In this way, the players only have to look at the controller itself to have information about the game without having to open any menu.

In addition, the command -which by the way is black, unlike the official presented by Sony- will be extensible. After selecting the game, the control will open widening its volume and leaving space for two integrated touch menus on each side of the central panel. This interface will also be adapted to each game: in this montage, you imagine that it could be used to organize the menu of Fortnite without having to use the peripheral triggers.

What will the PS5 menus look like? This user has also imagined them in his video

Iskander Utebayev, the designer who has imagined this futuristic PS5 controller, has not only dared to redesign the DualSense, but also reflects in your video what the console interface would look like: The line that follows is similar to what we can see in the featured games on the PS Store, with screenshots of the background game and a great render of the main character with depth effect. Both the assembly of the remote and the menu have realistic and incredible finishes.

The real DualSense has slightly more earthly features, but also innovative in the field of optical: its vibration and the response of the triggers are two of the main novelties of the PS5 device, a console that Sony has repeatedly influenced that will go on sale in late 2020 despite the coronavirus crisis.