Although this game was released a long time ago for other platforms such as PS4, Xbox One and PC, the Nintendo console had been left without its piece of the cake … until today. The game is coming to the Nintendo Switch eShop today

, information confirmed by Steel Wool Studios. In addition, according to other information collected on the web, it could have an approximate weight of 13 GB, and a starting price of $ 29.99.

Five Nights at Freddy’s: Help Wanted has Virtual Reality compatibility with PS4, lor that gives you a very interesting addition

to one of the most terrifying and popular games out there today. 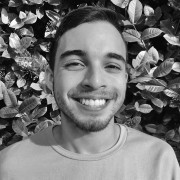 Addicted to anything with a screen. My mother is Lara Croft and my father is a PS1 without a memory card, hence my patience. I absolutely object to horror games lasting more than 15 minutes.

How long would it take you to do a marathon of the entire One Piece?