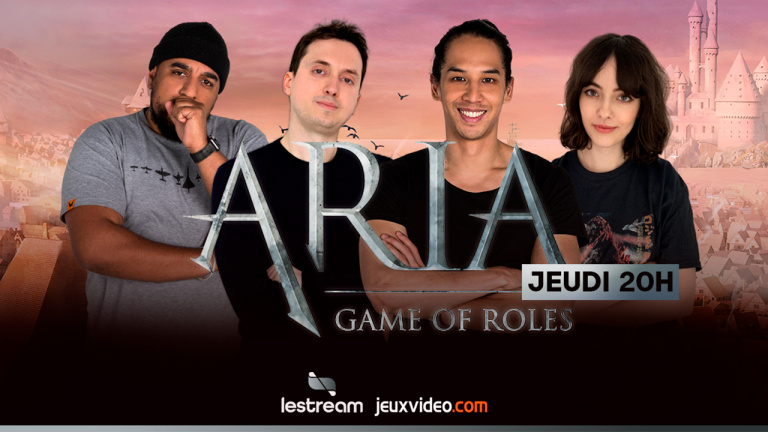 Games of Roles: MAGIC returns at 8 p.m. on LeStream

Game of Roles: MAGIC, your role-playing show in the Aria universe, and imagined by FibreTigre, is back this evening at 8 p.m. on LeStream!

A Game of Roles every Thursday

Aria, it's a fantastic medieval magic world, with forgotten cities and ancient legends, gods who manipulate mortals, but also and above all, lots of meals, parties, weddings and divorces

But more importantly, where were our adventurers?

After three years striding across the Western Kingdoms, Niklas the Achimist, Atlan the noble with a mysterious past, Kaitra the ex-gladiator-thief-magician, and Clodometal, the apprentice magician turned metal machine , are found in Osmalie. In the Dark Country, the most dangerous in the world, live huge wild creatures. The objective of their quest is to find the Queen of Aria in order to restore peace in all the kingdoms. Will they be able to find it and thus end a three year long adventure?

Take part in the adventure!

If you too want to find out, meet tonight at 8 p.m. LeStream ! Remember also that if you subscribe to the channel, you too can join the Fiber story.

Every Thursday, Game of Roles: Magic will alternate its sessions with Game of Roles: 79, a spy campaign in the spirit of OSS 117 where four agents will have to defend the interests of France! Just that !

GAME presents an avalanche of offers on computers until May 17