The bots in Playerunknown's Battleground are not 20 meters high, but disguise themselves as players.

The PC version of Playerunknown's Battleground will soon get a new feature that is currently causing major problems for console and Stadia players: Under certain circumstances, Battle Royales players will end up in games in which they are AI controlled enemies meet – which appear to be extremely stupid.

Which Battle Royale suits me?

So stupid are the bots

With Update 7.1, the last major update for PUBG was released about two weeks ago, which brings back the revised version of the Vikendi card and also a new weapon, the Mosin-Nagant, for its players.

Since there is a great shortage of players at PUBG on the consoles and on Stadia, bots were introduced with the update, which are supposed to fill up the games faster. According to a detailed report on Mein-MMO, the computer-controlled opponents are clear more stupid than one might like:

The bots are not well received by the community either: Numerous fans write on Reddit that they want to stay away from the game until there is a mode in which the annoying AI enemies do not appear. 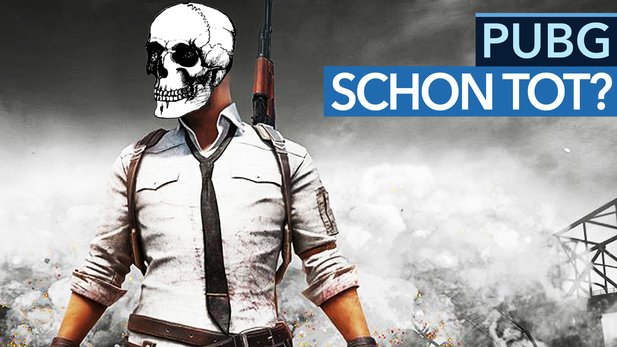 
Is PUBG already dead? – Video: The surprising numbers of the Fortnite competitor

Beginners have to play against bots

What is already part of the game on the consoles will soon follow for the PC version. There is no shortage of players there, as PUBG still attracts several hundred thousand players a day, but the game is supposed to be easier for beginners and offer quicker success – the data from the developers have shown that many players finish their games without causing any damage to enemies at all to have.

On Reddit, a developer now explains how the bot matches come about: Players whose MMR (Match Making Rating) is too bad end up in games with the stupid AI enemies

. So the only way to compete against human players at the moment will be to celebrate success against AI enemies – even if that shouldn't be much fun.

Incidentally, the feature originally comes from the mobile version of the Battle Royale. Players also compete against bots in their first matches and celebrate quick successes – but these shooting stands do not prepare for real games against experienced opponents.

Due to the negative player feedback, it remains to be hoped that the developers will give players the option to avoid AI enemies – after all, PUBG has enough other problems on the PC, such as that it has been struggling with huge amounts of cheaters for years .