Ray tracing wouldn't be the first new technology that Blizzard implemented in WoW.

With the eighth expansion for World of Warcraft, Blizzard is apparently not only introducing the eponymous realm of Shadowlands, but actually, as already announced at BlizzCon, support for real-time beam calculation Ray tracing and variable rate shading, VRS for short.

This discovery w as made by Reddit user LemonKing in Shadowlands' recently launched Alpha, when he said he took a closer look at the engine.

A corresponding implementation in the engine has already been announced at BlizzCon 2019. Whether it really comes immediately is unclear. (Image source Reddit / LemonKing)

However, the fact that the engine supports both ray tracing and VRS does not necessarily mean that the technologies are immediately used in Shadowlands. It could just be Preparations for later use act.

LemonKing has already tried to activate ray tracing in Shadowlands Alpha, but to no avail. The game crashed. One would have to "wait for an update" and then go on.

New techniques nothing new in WoW

In general, Blizzard is known for constantly raising World of Warcraft to new levels graphically. For example, the programming interface (API) DirectX 11 was introduced at the end of 2010 with the Cataclysm extension, followed by DirectX 12 with Battle for Azeroth in mid-2018. Raytracing and VRS could now follow.

What is ray tracing? To put it simply, ray tracing calculates the path of individual light rays so that objects are illuminated or shaded as realistically as possible. In the video below, we explain exactly how that works and how it can make games prettier. 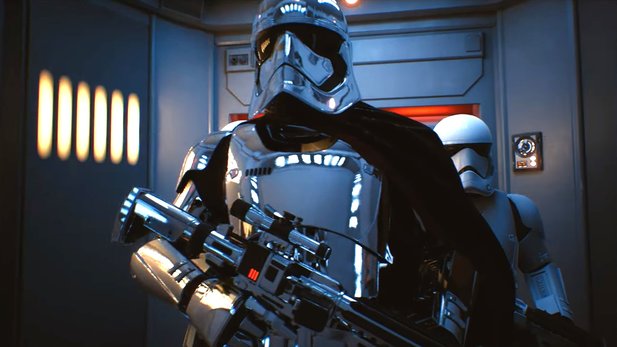 
What is ray tracing? – The graphics of the future explained – GameStar TV

What is variable rate shading? With VRS it is possible to calculate certain, for example non-relevant areas of an image with less effort. This frees up resources elsewhere and increases performance.

VRS has so far been reserved for Nvidia's Turing graphics chips (RTX 20 and GTX 16), but will be supported by Microsoft's DirectX 12 Ulitmate in the future and will therefore also be available on AMD's RDNA2 chips, also known as Big Navi.