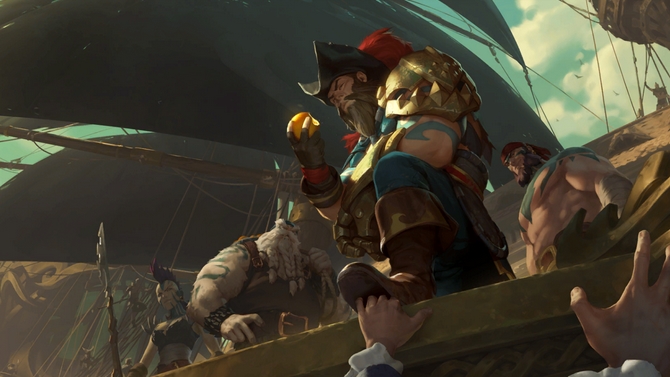 Published by Riot Games, creator of the number 1 esport game in the world, the Legends of Runeterra card game is ambitious. Did the release of the game on April 30 on PC and mobile meet expectations?

The official release of Legends of Runeterra was accompanied by significant new features, between a new region, but also new champions for all existing regions by exceeding the figure of 120 new cards, or more than a third of the cards released at the time of beta. Riot Games has seen big for the release of its first card game in the universe of League of Legends … the quantity of novelties is more than satisfactory, but what about their quality? Two top players gave us their impressions.

Two high level streamers and players, Alessio “Ultraman” and TayTwo, gave us their opinion a week after the extension upset the general strategy. Arrivals on Legends of Runeterra since the beta, they have rolled their bump on games like Hearthstone, Gwent for Alessio or the late Hand of the Gods by Hi Rez for TayTwo. The latter was attracted by the economic model of the game, entirely based on cosmetics instead of decks of random cards, and by the mechanics of interactions between similar Magic game rounds.

“The diversity of decks has always been impressive, but we have achieved a really healthy diversity with the extension. The number of decks used has exploded,” said Alessio, citing fifteen decks encountered on the ladder in a week. “The” stone-leaf-chisel “introduced by meta is balanced, which means that we can get out of the decks a little more risky and get by with them, even at a high level”. The new champione Vi is the image, uses all the sauces thanks to its flexibility.

Some decks still dominate the meta. Priority was given to aggressive decks, very popular with casual players in particular. The example is the over-representation of “Burn” deck without champions: “The deck is easy to handle, but difficult to master with its hidden mechanics, which makes it popular with everyone,” says Alessio.

The deck is so popular that many have asked for an emergency nerve, but Riot Games has decided not to change his plans, which he says: “It is not easy to nerve him: if it If that were the case, we would return to a meta largely dominated by combo decks, which would leave no room for aggressive decks. Riot gives himself time to have statistics rather than reacting to the emotional. “ 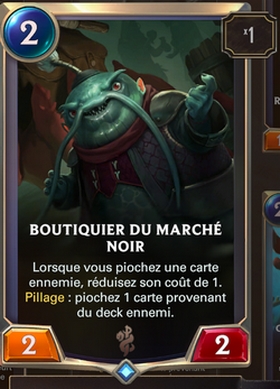 The extension also brought a dreaded consequence: the addition of RNG, the random factor which is the worst enemy of any strategist. Although it makes the card game in the Warcraft universe more accessible and spectacular, it is also very critical at a high level for its major impact on big game matches. the beta announcement Legends of Runeterra, Riot Games has made a point of integrating very little, unlike Hearthstone, for example.

The management of Riot Games changed with the introduction of Bilgewater : card theft mechanics introduced a greater random effect. For Alessio, this addition is nevertheless welcome: “Everyone wants a different dose of RNG, but for my part, I think it's the happy medium with Bilgewater. It adds spectacle without having an absolute impact on the outcome from one part.”

TayTwo agrees: “I think that the RNG offers spectacular turnarounds which are necessary … as long as the talent that prevails remains!” After this successful expansion and the release of the game on mobile, for him, the next step is the support of the eSport scene.

Riot Games has said this several times: Legends of Runeterra is an esports ambition game … the reverse would have been surprising for the first esports publisher in the world. The players therefore wait patiently for the editor to communicate his concrete intentions regarding the game: for the moment, few official tournaments have been organized (we can cite the Invitational in South Core and the Twitch Rivals) and the community awaits the announcement of a plan for the development of the scene.

Riot Games could choose to leave on several models, either in a similar way League of Legends with official tournaments very structured and a world, or like its new FPS VALORANT, where the editor will let the community and the third organizers organize themselves by saying simple guidelines.

I think Riot Games can hardly create a very structured circuit because it is a solo game. He could choose several valid systems. I think that giving freedom to third party organizers can allow a craze of the community and add movement, but by keeping an eye on it to avoid that they do not walk on it according to the dates of the events. In any case, I think esports will bring more players because people love the show and the challenge!

In the meantime, community initiatives are developing. The accounting structure Cooldown organizes modest tournaments in France. Riot Games also gave content creators a boost after the game's official release by offering subscriptions to viewers from several French streamers, including TayTwo.

the scale of card games, Legends of Runeterra continues its little man with a satisfactory audience on Twitch all the time, even in the absence of tournaments. The games with the largest audiences are the indomitable Hearthstone and Magic: The Gathering, during competitions. It remains to be seen which direction Riot Games will choose to solidify the craze around the card game.

The Witcher: Writer regrets not being able to explore Ciri’s past – News