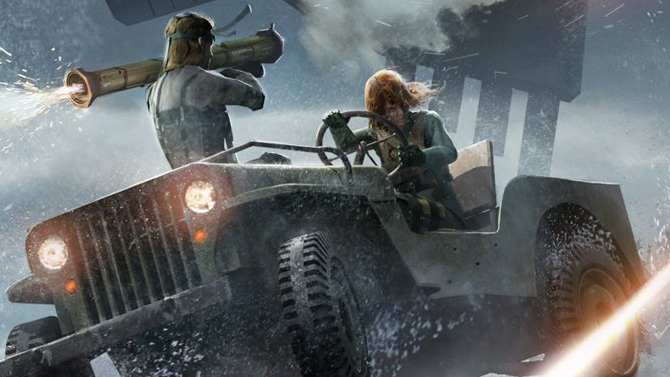 Fans of the Metal Gear Solid license have had nothing to eat for a while, and the current global situation doesn't give them much to cheer about. The director of the future / possible film MGS thinks of them and gives them little virtual gifts.

Jordan Vogt-Roberts, director of the very successful Kong Skull Island, guest star of Death Stranding and, until further notice, future director of the big screen adaptation of Metal Gear Solid, recently launched on his Twitter account in this that he calls the #MGSQuarantine

During this last, he posts every day a concept art linked to his project of cinematographic version of the work of Hideo Kojima. The first artworks, produced by Form Language Studio and ILM (studio founded by George Lucas in 1975 to create the special effects of Star Wars) are available in our gallery below (as well as on the tweet below).

I had the honor of reuniting with my KONG family at @ILMVFX. The dream team of Jeff White, Luis Carrasco & Ben Grangereau beautifully explored @HIDEO_KOJIMA_EN's poetic military surrealism.

And as a bonus, Jordan Vogt-Roberts made the little clip above for the purposes of which he assembled three of the main actors of the American version of the first Metal Gear Solid: David Hayter (Solid Snake), Paul Eiding (Colonel Campbell ) and Christopher Randolph (Hal "Otacon" Emmerich). It's funny, and it's nice to hear these characters interact again.

What do you think of these artworks? Do you think the Metal Gear Solid film project will one day materialize? Do you trust Jordan Vogt-Roberts to carry out such a project? Let us know in the comments below.

Team17 reaches an agreement and will publish Greak: Memories of Azur in 2021