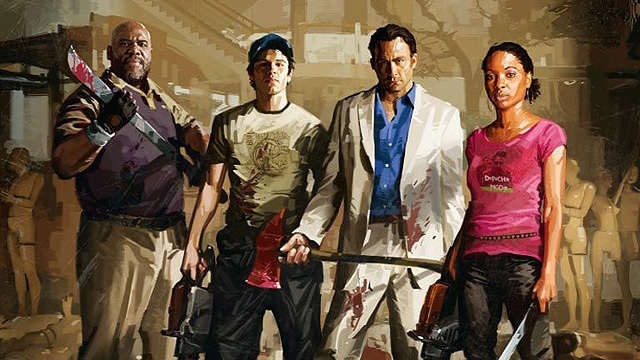 Left 4 Dead does not return from the dead, according to Valve.

No one should be surprised that Valve cannot count to 3: To date, we have not had Portal 3, Half-Life 3, or Left 4 Dead 3 to play. Well, Half-Life: Alyx has been available since March 23, 2020. However, this is a prequel that revolves around Alyx Vance – and not a sequel to Gordon Freeman.

In the same breath, Valve indicated that Half-Life is facing a bright future: Alyx is making a fresh start in game development for the studio. Could that mean that Left 4 Dead will finally continue? After all, Left 4 Dead 2 is still so popular on Steam so many years after its release! Spoiler: Nope.

Left 4 Dead is on ice

The hopes up Left 4 Dead 3 gives Valve a clear rejection: The two employees, Robin Walker and Chris Remo, told IGN that nothing is currently being worked on that has anything to do with Left 4 Dead.

And that, although Valve had actually worked on a next-gen title in the universe of Left 4 Dead in the past, as Walker and Remo reveal. However, the work on it was stopped long ago. The situation is currently clear: Left 4 Dead is completely on ice as a brand.

Where do the rumors come from?

In 2009 Left 4 Dead 2 for PC, Xbox 360 and Linux was the second and still the last part of the series, while fans would of course want a sequel.

So there were numerous rumors and speculations that Valve would work secretly on Left 4 Dead 3 – not unlike those on Half-Life 3. In an interview with IGN, Valve employee Robin Walker explains that an internal rendering The test at Valve was decisive:

"To start building Source 2, we used parts of Levels from Left 4 Dead as the first piece of level geometry. (…) Basically, it was just a rendering test that people did thought we were working on a new Left 4 Dead. "

What alternatives do fans have?

With no new Left 4 Dead on the horizon, fans of asymmetrical multiplayer games should take a look at the following games:

What are the developers of Left 4 Dead doing?

For fans of Left 4 Dead, Back 4 Blood of the Turtle Rock studio should be of particular interest: The developers include former Valve employees who played a major role in Left 4 Dead. The team had then disconnected from Valve and developed Evolve on its own.

Back 4 Blood is scheduled for release in 2020 and a »spiritual successor to Left 4 Dead« with which the developers want to "go back to their roots". There is currently no specific information or gameplay about Back 4 Blood – Turtle Rock only revealed that (of course) it is about zombies and there should also be a campaign.

Advertisement
Related Topics:BloodDeadhopeleftwork
Up Next

Assassin's Creed: Is an Announcement Imminent?

Huawei: Android updates for smartphones and tablets at a glance