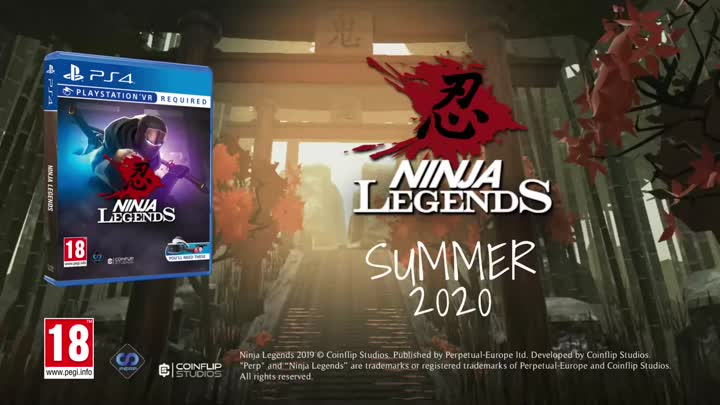 The action game Ninja Legends is coming to virtual reality on PlayStation 4.

Developed by Coinflip Studios and Perp Games, the game confronts the player with ever-increasing waves of enemies. Control your katanas and your bow to get rid of them as quickly as possible.

Ninja Legends has 18 levels for 4 difficulty levels. You can use different abilities to, for example, slow down time or eliminate several enemies at once. The game will be punctuated by boss fights that will make you work on your reflexes. In addition, the developers have announced that daily challenges will accompany the ninja during his adventure, as well as secrets, and an archery mode to test your accuracy.

Ninja Legends will be available this summer on PSVR.