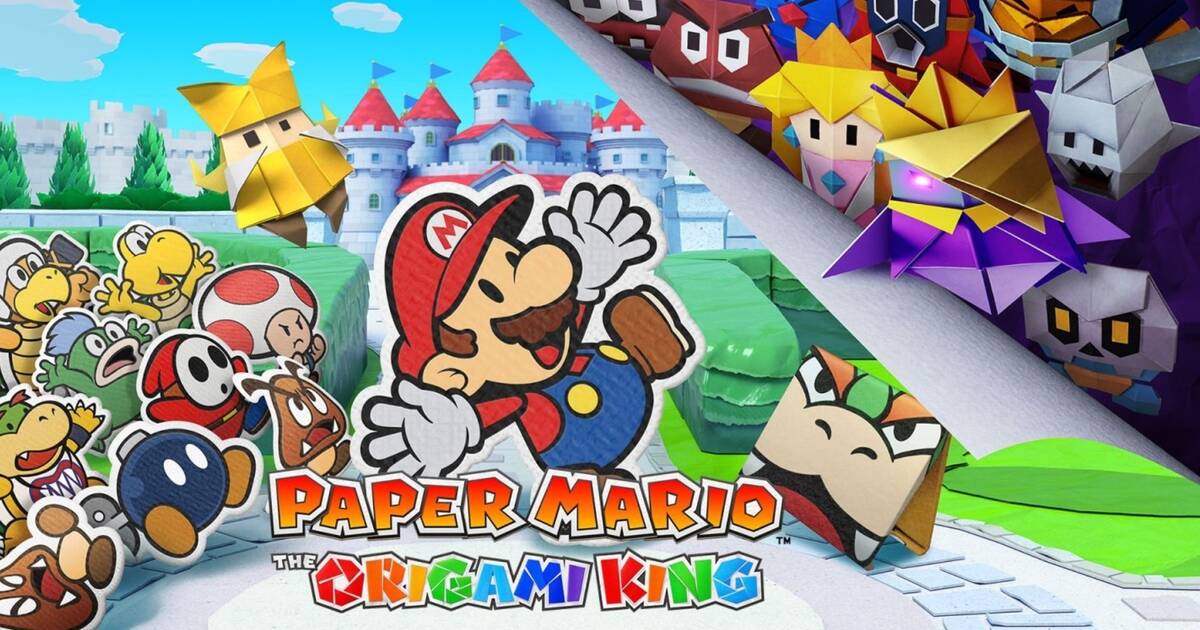 Nintendo announced today Paper Mario: The Origami King, a new installment of this special role-playing series. Be exclusive to Nintendo Switch and its launch will take place next july 17, although those who get hold of it can now pre-download it on their consoles. Its price is 59.99 euros.

The company has also published a presentation trailer of the game in which we can see the peculiar graphic style of this installment, which combines traditional two-dimensional paper aesthetics with other origami-inspired designs; Mario and his allies maintain their 2D style, while the rest of the characters are represented with other paper techniques such as origami or paper mach, taking advantage of the technical leap that Switch offers with respect to the previous consoles of the company. You can see the trailer below.

If you wait until the end of the video, after what seems to be the final screen, you will see a nice scene in which Mario pays tribute to Samus Aran, protagonist of the saga Metroid, donning a paper mach helmet and pretending to shoot.

Paper Mario: The Origami King proposes "a journey full of a journey full of humor, puzzles, strategic battles with a ring system, strange characters and a unique visual style". Taking the leading role of Mario and the usual gang we will have to face the self-proclaimed king olly

, who has wrapped Princess Peach's castle with streamers and taken him to a remote mountain, in addition to also attacking Bowser and his vassals.

Mario will have to seek an alliance with those who are usually their rivals, forging a team whose goal is to return the kingdom to normality. For this they will have to make use of new tools that will have their own contextual mechanics with the environment, such as the folding arms. Just as novel is the combat system of Paper Mario: The Origami King, which will be based on a series of rings that must be aligned to inflict more damage.

Developers Asked About DLCs and a Suite