There is reason to celebrate on the PC: Monster Hunter World: Iceborne has finally caught up with the consoles.

For PC gamers, the large interval between patches between PC and console has always been a major criticism of Monster Hunter World and the add-on Iceborne.

While the gamers on PS4 or Xbox One long ago impaled on the angry giant monkey Rajang or teamed up in a raid to kill the mighty Safi'jiiva (and loot the best weapons in the game), PC gamers and novice hunters had to be good in the camp waiting.

The wait is now over: The latest free title update brings Monster Hunter World to version 13.50.00, which corresponds to the status of the console version.

From now on only one version for everyone: As of now, patches with new content such as monsters or events as announced by Capcom will be released at the same time. If this is not possible under special circumstances, the developer promises an official announcement.

16-player raid is now playable for up to four hunters

Here we summarize the most important points of the patch for you. Among other things, Kulve Taroth returns in the master rank – but not as a siege quest. You can now hunt the golden dragon elder as normal with up to four players.

Kulve Taroth can now be hunted as part of a normal event quest.

The update also brings bug fixes and improvements. The complete patch notes can be found at Capcom.

The download size is 800 MB, or 2 GB, you should use the optional High Resolution Texture Pack.

If you are still considering whether Monster Hunter World: Iceborne is worthwhile for you, we recommend our detailed test for the PC version. 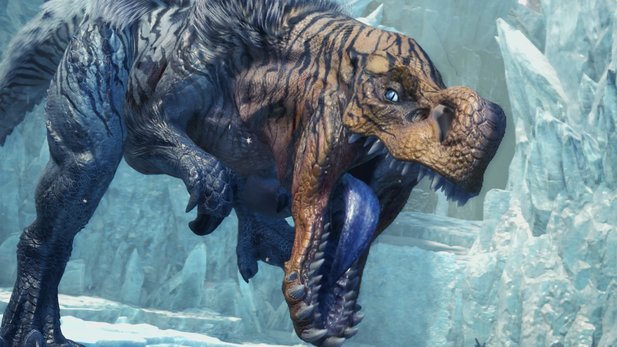 The Flor Festival in Monster Hunter World: Iceborne runs until May 7th. The meeting place is decorated like spring, all event quests return and you can earn special armor and more with the right look.