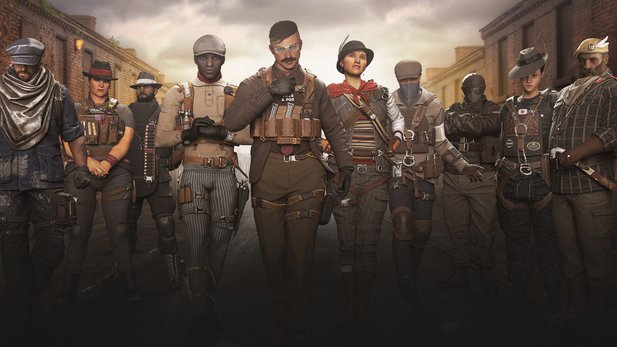 Ubisoft makes you an offer that you cannot refuse: In the new The Grand Larceny Event from Rainbow Six: Siege you become Gangsters in 1920 and have to rob a new version of the Map Hereford base – or just prevent that.

This is how The Grand Larceny works

The developer has one for the event completely new game mode considered. Instead of freeing a hostage, defusing bombs or taking over an area, there are safes all over the map, which you have to either secure or defend.

There are some other special features like that Elimination of the usual steel beams in the floors, which means that the levels can be destroyed particularly extensively. Most of the following details have already leaked to the public in advance in a leak to the mafia event.

Together with the event there is a new collection consisting of a total 31 skins for Amaru, Fuze, Gridlock, Hibana, Maverick, Echo, Maestro, Kaid, Wamai and Warden.

You can buy them for 300 R6 credits or 12,500 Renown each. If you kill 20 opponents in the course of the event, you will receive a loot box with a random item.

What else happens at Rainbow Six?

It wasn't until the end of April 2020 that a new update appeared that adjusted the previously weak operator Ying. The result: instead of being too weak, it is like some players far too strong now. Not only was the damage to her machine gun improved, she also got an additional one of her special Candela stun grenades.

The last update for the shooter was Y5S1 with the new operators Oryx and Iana. In addition, some information about the upcoming season has already been released, including the alleged capabilities of the two upcoming operators.