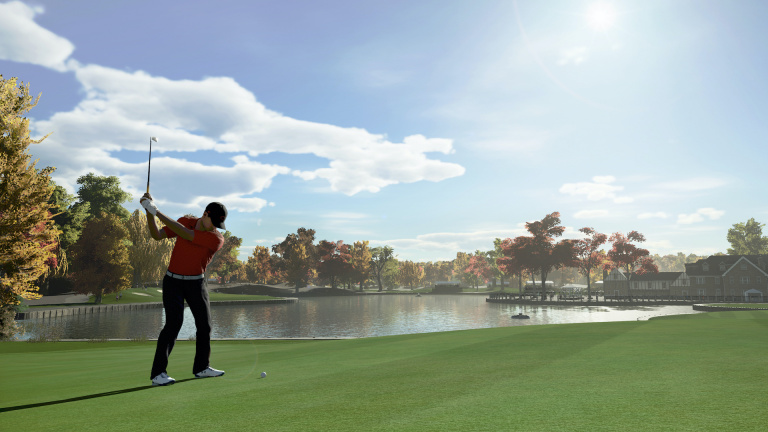 After The Golf Club 2019, already published by 2K Games, the licensed golf simulation developed by HB Studios will return with an opus titled PGA Tour 2K21. Teased last week, the title is presented today in a trailer accompanied by information on its content and a release date.

It is therefore August 21, 2020 that PGA Tour 2K21 will be launched on PC (Steam), PS4 and Xbox One, but also on Nintendo Switch (only in digital format at launch) and Google Stadia. The American Justin Thomas has been chosen to appear on the cover of the game, which will offer to swinger on 15 licensed courses

(TPC Sawgrass, East Lake Golf Club …), "each having been scanned using advanced technology", as presented by 2K Games. The editor also promises a "truer than life" television presentation thanks to dynamic cinematics, a fluid replay system and the presence of comments by Luke Elvy and Rich Beem.

Twelve professional players can be challenged in PGA Tour Career Mode, which will allow you to create and personalize your own player with clothing and equipment from licensed brands (Adidas, Polo Ralph Lauren, Callaway Golf …). A course creation tool with "thousands of options" will also be on board.

2K adds that PGA Tour 2K21 "was created for players of all skill levels". Newbies will find tutorials, tips and suggestions for moves. It will also be possible to play online or locally with several players in several modes (Alternate moves, Stroke Play, Skins and Scramble for 4 players), while the "Online associations" will allow you to organize full seasons and tournaments. by defining the specific rules and conditions of participation.

The pre-orders of PGA Tour 2K21 are already launched on the 2K Games website. As a bonus: a 2K / adidas CodeChaos pack including cosmetic items to personalize your avatar (golf shoes, sports polo shirt, Ultimate365 pants and a cap designed for the game).

PGA Tour 2K21 shows up and reveals its release date

The next Pokémon movie is delayed by the coronavirus