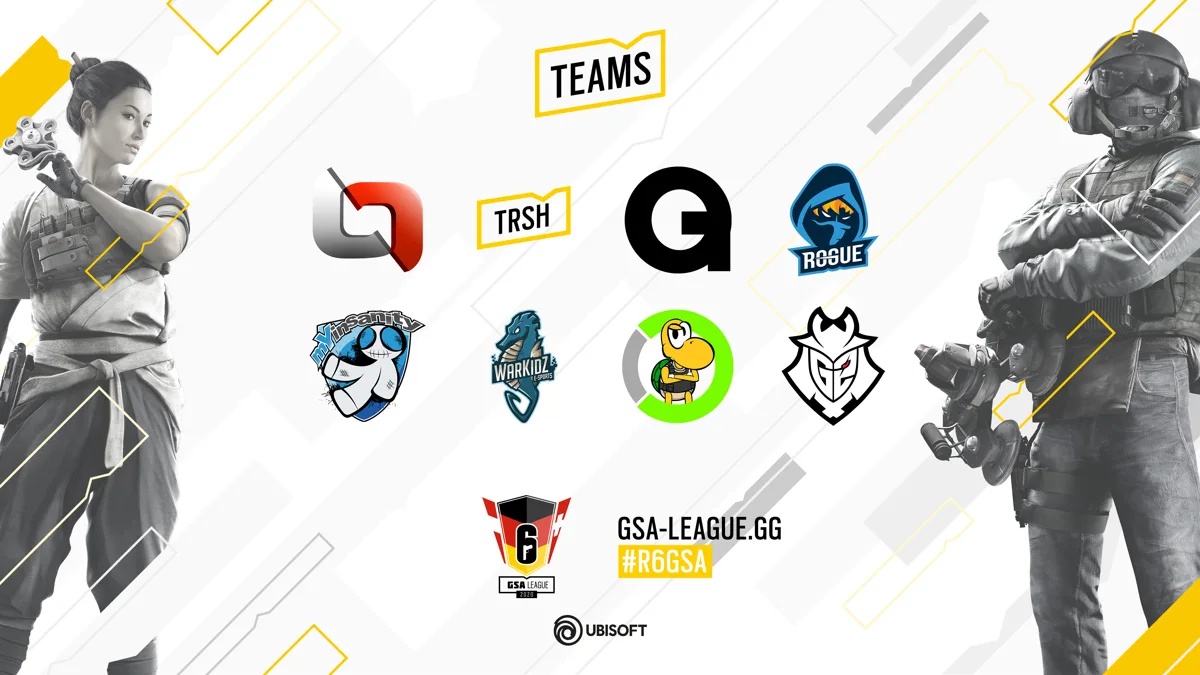 The second game day of Rainbow Six's GSA League 2020: Siege has confirmed what individual experts had already suspected after the first games on May 14, 2020: The newcomers FACT Gaming and DIVIZON whirl the roster of experienced teams around Rogue, Team Secret and G2 Esports messed up.

The individual matches went on second matchday ended as follows:

The result of the game between Rogue and FACT Gaming caused the biggest surprise on matchday two: FACT defeated Rogue with 7: 4 in eleven sometimes very tight rounds.

The match between Rogue and FACT was not for nothing Top game of the second day of the league: Rogue competed as a champion of the EU Pro League Season 11 against a newcomer team that had played in the league through the qualification round and had already shown good performance on the first matchday.

The match between the two opponents went initially as expected in favor of the favorite Roguethat won the first three rounds. After that, FACT found its way into the game and won six rounds in a row, among other things thanks to top performances by the later match MVP Marko »Gisela_Blume« Pilia:

Rogue was then only able to delay the inevitable by one round before FACT decided the game by matchpoint in the eleventh round. FACT Gaming moves to the top of the table with the victory over Rogue and shows that it can be quite dangerous for the experienced professionals of the GSA League.

Why the long-established R6: Siege teams in the GSA League in front of newcomers like FACT Gaming and DIVIZON have to be careful, our colleagues from Mein-MMO analyzed in more detail.

The best player of the second game day

We have already indicated: Marko “Gisela_Flume” Pilia was the most outstanding and valuable player for us on match day two. Gisela relied, among other things, on the anti-breacher mute as an operator and in the fifth round ensured his team outnumbered by a skilful double kill.

Gisela also convinced in the following rounds against Rogue with outstanding killshots and a good tactical understanding of the game. He thus contributed significantly to the victory of his team on match day two.

The table after the second matchday: expectation meets surprise

While FACT Gaming provided the biggest surprise of match day two, the other games turned out as fans and experts had expected. That with FACT Gaming and DIVIZON after the second of a total of seven regular match days, the two newcomer teams on the Table top do not have to say much about the further course of the league.

FACT and DIVIZON enjoy two crucial advantages: As a newcomer to the league, you first have nothing to lose and secondly you have already proven that you can also compete against established professional teams. So fans can look forward to more exciting game days.

GameStar and Mein-MMO are media partners of this year's league for Rainbow Six: victories in Germany, Switzerland and Austria. We will be regularly reporting on the league, games and teams on our websites and channels in the coming weeks and months.

What is the strongest character of each race?

The Days of Play are back, these are all offers