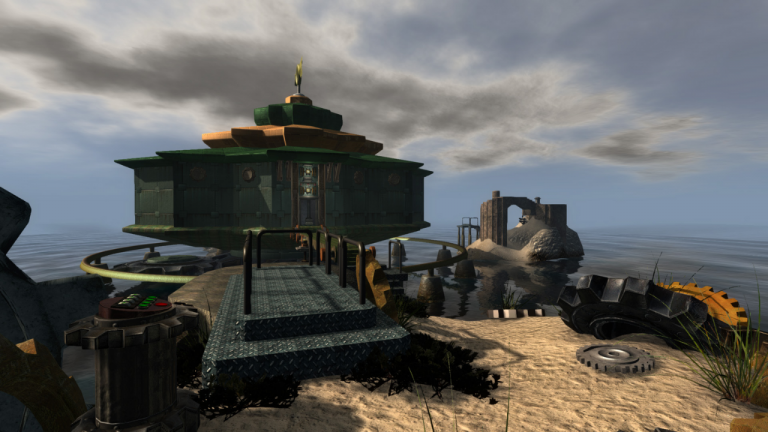 The remastered version of Cyan's famous walking simulator, originally published in 1993, is exported to Nintendo Switch this year.

Point'n click reflection, the M asterpiece Edition is a readjustment of realMyst, itself a remake of Myst, cult title of Cyan. Dynamic game in real time including day / night cycles and weather change, this edition also includes improved graphics and sound, automatic saving, non-linear exploration and interactive guides. You also have an original mode allowing you to visit the 1993 game as it is.

The player plays a stranger lingering over a mysterious book. This one will transport him to the strange world of Myst, sheltering several islands. Complex puzzles will have to be solved to escape from it.

realMyst: Masterpiece Edition will be available on the Nintendo Switch eShop on May 21, 2020. This version is also playable on PC, Mac, iOS and Android.

Panzer Dragoon: Remake is updated with a 60fps mode and a new episode