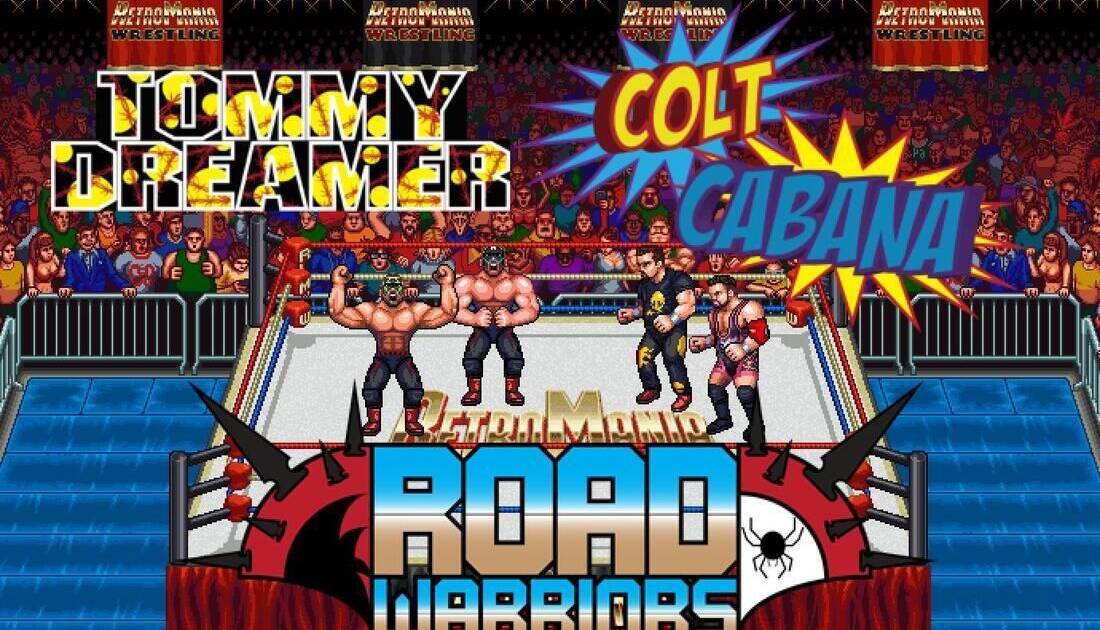 Retrosoft Studios offers us a series of videos on the creative process of RetroMania Wrestling, a project in progress for Nintendo Switch, PlayStation 4, Xbox One and PC, a wrestling game that arises as the spiritual successor to the classic Wrestlefest. Its launch is scheduled for the first months of 2020.

To this series of videos, we must add an extensive review of their characters, which you can see below:

As well as its game modes:

The spiritual successor to the classic Wrestlefest

The game is posed as a spiritual successor to the game by Japanese developer Technos that debuted in 1991. Bet on arcade gameplay and 2D style with sprites

They will offer a careful animation with more than 700 different frames for their movements.

The study offer at least 12 different characters at launch, although they believe it would be possible to reach 16. In addition, more characters will be offered in downloadable additional content format.

. For now it is not confirmed that it will have online multiplayer, but the team is working on being able to integrate this possibility.

The study wants the game to be released on PlayStation 4 and Xbox One as well, and these versions have finally been confirmed. The original announcement featured the game for PC and Nintendo Switch.