Lara Croft is one of the most important female icons in history in the video game sector. For more than twenty years, the Grave Raider has been the heroine of choice for millions of players to experience their adventures. Now that we are reviewing the Big offers offered by the official Microsoft store, we could not avoid stopping the view in the price at which it is available one of its most recent titles and surely you will also be surprised when you see it.

And is that the 20th anniversary edition of Rise of the Tomb Raider, the second reboot adventure, is available right now for just 8.99 euros

, which supposes a exceptional reduction of 21 euros that will fit your pocket great. It is one of the most epic adventures in the entire history of Lara Croft on consoles and, last but not least, it also has Great technical improvements for all those who have an Xbox One X. Without a doubt, a great option to increase your catalog of games on the Microsoft console.

If you want to take advantage of the offer, under these lines we leave you with the button that leads directly to the purchase link 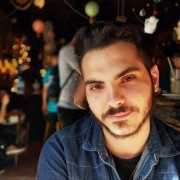 Communicator and passionate about adventure, role and platform video games. I grew up next to a marsupial and brandishing the keyblade; I now accompany bounty hunters, grave robbers, and fireflies with the same passion.

Advertisement
Related Topics:RaiderRiseTomb
Up Next