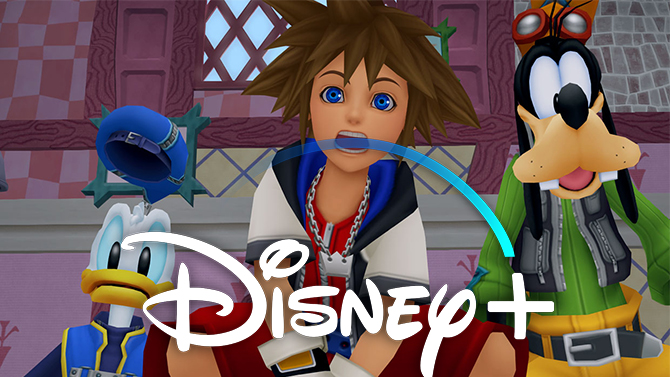 The pandemic situation surrounding the launch of the Disney + video service has offered the American glove an unexpected launching pad, it is already necessary to give the change to bingers who would have already toured the house catalog, to keep the customer loyal.

see also: OFFSIDE: Romain dreamed in front of "Once upon a time there were the Imagineers" on Disney +

If the cover of the last issue of Tlrama wonders not without anguish about the cold appetite of the Disney ogre, who may soon dominate Google in the race for the future master of the world, it must be recognized that the American company has in its bag of ( very) juicy licenses. Not content to profit from a catalog in continuous expansion thanks to the numerous and skilful takeovers of studios such as Lucasfilm or Pixar Animation, Disney can now decline the latter in series, and take advantage of the public's enthusiasm for this format.

But we should also not forget the partnerships we there are sometimes several decades ago, like the one that allowed Square Enix to launch the capillotracte saga Kingdom Hearts, which originally promised us a mixture between the universes of Final Fantasy and the anthropomorphism dear to the Californian studio.

In view of the critical and commercial success of the third canonical episode of the Tetsuya Nomura series, there was undoubtedly a blow to play, and this is how "sources" of the site We Got This Covered who had previously leak the arrival of She-Hulk on Disney + as well as the Robin des Bois CGI remake believe that a regular Kingdom Hearts based series should someday make its debut on the streaming service.

No additional details come to support this rumor, and we will leave it to you to guess for yourself if this series will resume the somewhat tarabiscot intrigue of the games of the series, or if Disney will take the opportunity to rewrite its sauce the adventures of Sora in the country Kangaroos of Mickey and his famous House.