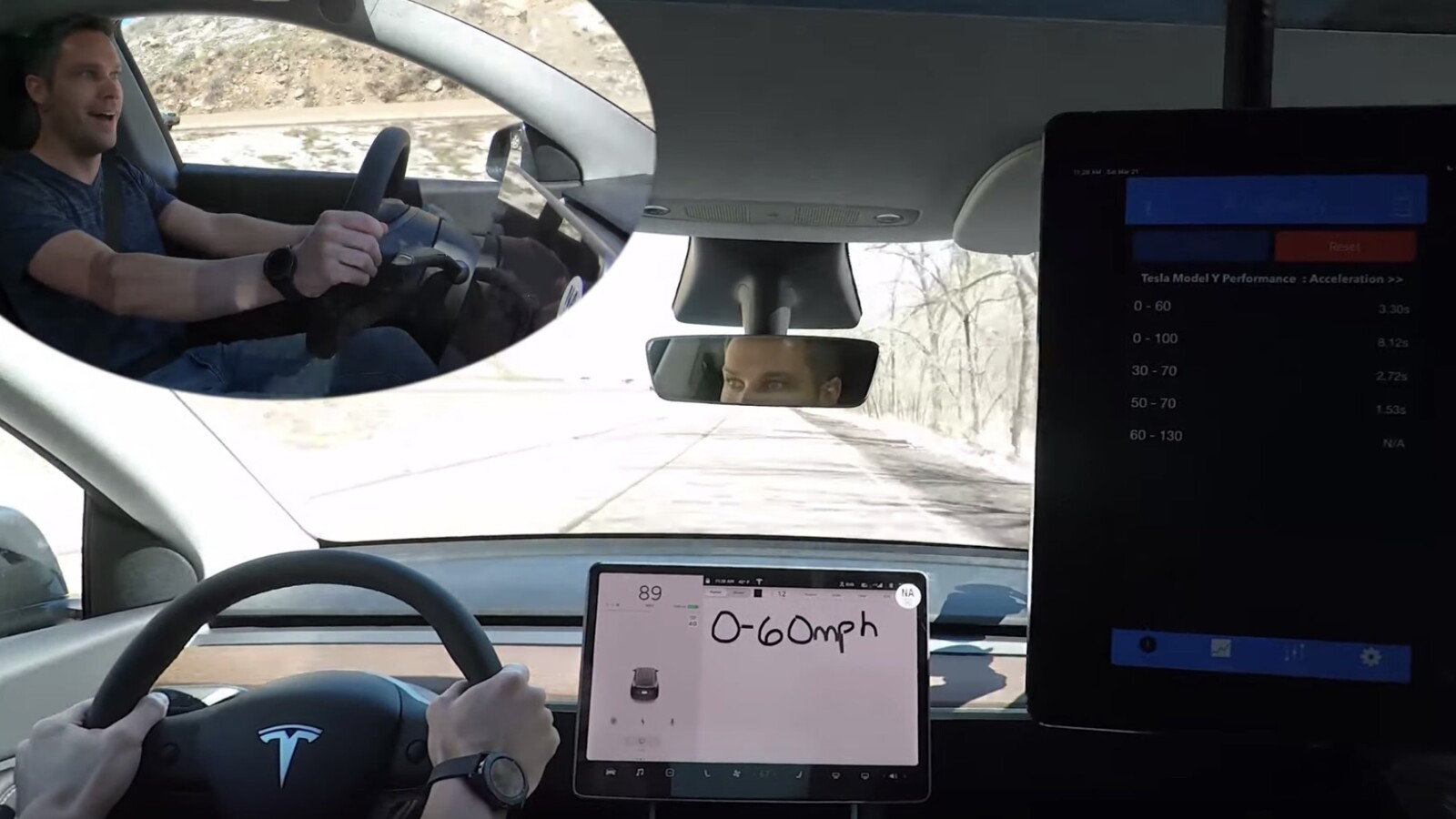 
A proud owner of Tesla's Model Y Performance wants to know how fast his electric car accelerates from 0 to 60 miles per hour [96.6 km / h]. Tesla said: 3.5 seconds. But even without adjustments, there is more. Enough to beat Tesla Model 3?

This is very unusual: automakers usually cover their numbers. We are particularly familiar with this when it comes to information on the consumption of conventionally powered cars, gasoline and diesel vehicles. Of course, no matter which measurement standard is chosen, the range of electric vehicles specified by the manufacturer is almost never true. What about acceleration information? For example Tesla Model Y? Similar, isn't it?

Erik of the YouTube channel DAErik wants to find out the exact answer. Test object: The new Tesla ModelY with performance upgrades and dual engines. 90% charged battery with a tire pressure of 40 psi. Tesla's acceleration time from 0 to 60 mph [0 to 96.56 km / h] is an impressive 3.5 seconds.

In the first run, Erik was able to significantly reduce the factory specifications. The time displayed by the semi-professional measuring instrument is 3.30 seconds. And in the other two runs, Eriks Model Y weakened Tesla every time. On average, after 3 attempts, the watch takes an average of 3.376 seconds. The difference from the factory specifications may seem small, but it means a lot in the accelerated race.

Advertisement
Related Topics:BitslafasterimaginesmodelSelfExperimentTesla
Up Next