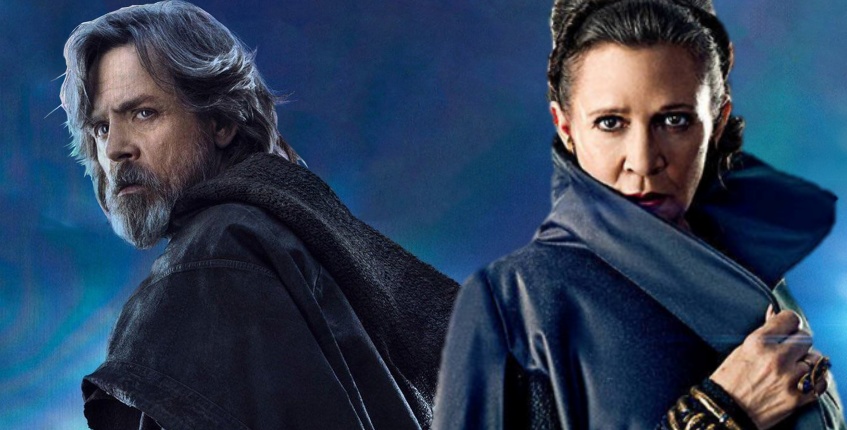 We learn more about Leia's Jedi training through the official Star Wars: Episode 9 novel and less about the film itself.

Star Wars: Episode 9 confirmed what many Star Wars fans had wanted from the start for the new trilogy around Rey, Finn and Kylo Ren: That Leia Organa became a Jedi – and was even trained by her brother Luke Skywalker.

In the following article, we'll look at the storyline of Star Wars: Episode 9 – The Rise of Skywalker. If you haven't seen the movie yet, you might want to come back later. May the force be with you.

However, we never got to see much of it in The Force Awakens, The Last Jedi, or The Rise of Skywalker. Only in the last movie of the Skywalker saga was there a scene that highlighted the Jedi training of Luke Skywalker and Leia Organa, while Rey found the princess of Alderaan's lightsaber on Ahch-To.

What the new film trilogy failed to show on the big screen for numerous viewers is now included in the official Star Wars: Episode 9 novel. Leia reflects on the time during her Jedi training through Luke, revealing that she is even through the Force was in contact with Obi-Wan Kenobi and Yoda.

What Luke passed on from Yoda to Leia

So we learn that Leia is very talented in dealing with power and the lightsaber was – although Luke mostly criticized her leg technique – and that despite her training as a politician she tried to accept her legacy as a Jedi.

Leia describes her training as a Jedi in the novel The Skywalker's Rise as physically demanding, while Luke went to great lengths to provoke his sister – just like Yoda on Dagobah in Episode 5 – The Empire Strikes Back.

So Luke pushed Leia to her limit and teased her that he would have done the same exercises himself – in the headstand, one-handed and with Yoda sitting on his feet. Leia saw that Luke just wanted to provoke herto teach her a lesson about patience and anger – a lesson that Leia already knew as a member of a royal family.

Despite her education, however, Leia decided against becoming a Jedi like her brother and instead pursued a career as New Republic politicians and later as General of Resistance – a successor organization to the rebel alliance.

The decisive factor was a vision of the death of her son Benwho would later become Kylo Ren. Leia feared that her child would have to pay with her life if she ended her training as a Jedi Knight.

It suggests that Supreme Leader Snoke or Emperor Palpatine had their fingers in the game: Luke himself believed that Leia the much more powerful Jedi when he would have become himself, Leia would have finished her training.

By failing to perfect her handling of power and lightsaber, Luke Skywalker remained the only obstacle to the rise of the First Order. And this obstacle was removed with the destruction of Luke's Jedi Academy and corruption from Ben Solo to Kylo Ren.

Leia made Luke a better teacher

Although it hurt Luke that Leia dropped out of Jedi training, he never gave up hope that find his sister back to power would. However, it never got that far, as we learn from episodes 7, 8, and 9.

What's next with Star Wars? List of all upcoming films & series

However, Leia Luke's training encouraged them to open the Jedi Academy, which Ben Solo was later to be taught on: The novel about The Rise of Skywalker mentions that Leia's education helped Luke become a better teacher herself and try to live the Jedi legacy in a new generation of Jedi to let.

It only got that far in the course of Episode 8 – The Last Jedi and Episode 9 – The Rise of Skywalker, when Luke was visited by Rey to train them, which gave the Jedi a new future.

Advertisement
Related Topics:JediLeiaLukerevealsStartrainedWars
Up Next

Final Fantasy VII Remake: Because of Corona: Will it be postponed again?

Daedalic gives up Deponia: so you can get the adventure for free

How to view, copy or delete your saved passwords on Android