Steam users should soon be able to earn rewards with loyalty points.

Steam could soon be enriched with another feature that should be of particular interest to bargain hunters: As a Dataminer claims to have found out, you will soon be on the gaming platform Collect loyalty points can – and get rewards in the form of in-game goodies and discounts.

The news comes from Pavel Djundik: The well-known Dataminer is the programmer behind the Steam database website SteamDB and is known as a reliable source for leaks to Valve's sales platform – from him, among other things, also the information when this year the Steam Summer Sale will start. SteamDB also correctly predicted the upcoming release of Yakuza: Like a Dragon before its official announcement.

Valve is working on loyalty awards / rewards. It has a point system, and a system to add reactions to user reviews.

How exactly you should be able to earn the loyalty points is not yet known – So far, it is only speculation whether you can earn them by simply playing, completing in-game tasks or making further purchases on Steam.

What, however, according to Leak, should already be certain: The loyalty points can be redeemed for a variety of different rewards. Besides special Reward items should also Discounts can be obtained; moreover one should be with the points Steam badge level can increase.

Djundik also found indications that players should soon be able to rate the reviews of other Steam users not only as helpful, not helpful and funny – in addition, the reactions deep thoughts, heartwarming, steep thesis and poetry should also be added.

Uplay as a role model?

However, a loyalty point system is not a groundbreaking novelty in the world of game launcher. Uplay has had the so-called Ubisoft Club. Whoever achieves certain successes in the games of the French publisher earns so-called club units – and also with the purchase of new games one earns additional units. 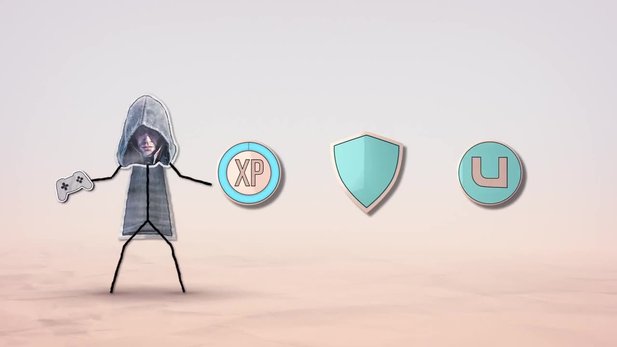 These not only unlock various in-game rewards such as skins and experience boosts, but also tangible discounts: there is one for 100 club units 20 percent discount on the next purchase – this way you can quickly save over 20 euros, especially when buying thick Ultimate Editions. We will not know at the earliest if the Steam system will be as generous as soon as Valve reveals the first official details.