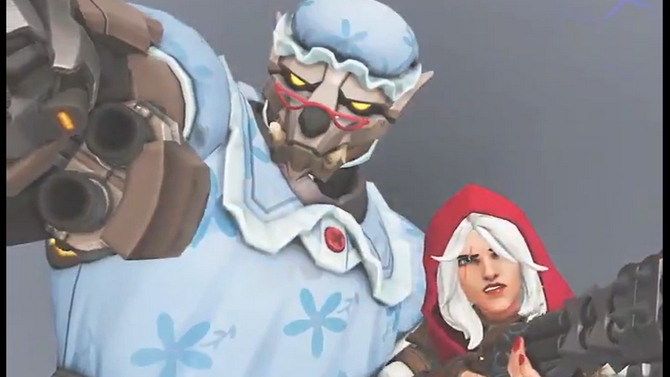 The anniversary event returns this year with new cosmetics, the first legendary rvl skin transforming the duo Ashe and B.O.B in an original way on Overwatch …

Will Ashe be the only one to become a fairytale character in the next event?Overwatch ? Blizzard has unveiled its legendary Anniversary event skin, which will last two weeks on the FPS.

Grab your riding hood and suit up as Little Red Ashe (Legendary)! 🐺

Other legendary or spades skins should be revealed before the start of the seasonal event. Obviously, as in every event on Overwatch

, the skins and game modes of previous years of the event will return to the game.

For the time being, Blizzard has not released any news on anything other than additional skins. In the meantime, the next update will implement free selection Accounting mode as a permanent game mode and the Overwatch League is still underway, with matches on May 16 and 17.

Overwatch will celebrate its 4 years with the Birthday event from May 19 to June 9.

This is how to play GTA Online, the multiplayer of GTA V, in the middle of 2020

Pikmin 3 Deluxe is coming to Switch-report