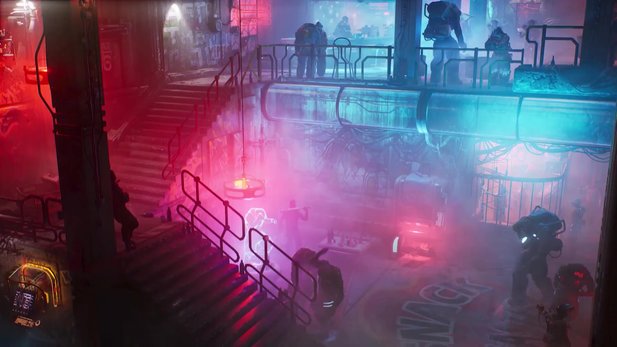 
The Ascent – First game scenes from the cyberpunk action RPG

What Diablo would have looked like if it was in a no less sinister instead of a dark fantasy world Cyberpunk future The Ascent shows. In the action role-playing game, the powerful Ascent company collapsed and plunged an entire city into chaos.

Now you have to fight your way through henchmen of competing megacorporations. Instead of magic, you use advanced technology, which of course is not lacking in a cyberpunk scenario. Futuristic weapons and sophisticated cyberware

are available for your fight.

What is it like to play Diablo 1 for the first time today?

That's what The Ascent is all about

The Ascent is an action RPG from an iso perspective: So we look at our character from diagonally above and steer them through the game world. We can experience the game as a single player or in co-op with up to three friends.

Venue »Arcology«: The metropolis of the Ascent group is populated by various beings from across the galaxy. The neon-illuminated high-r ise gorges shape the typical cyberpunk cityscape. Several districts such as slums and rich quarters should provide variety.

The gameplay loop: As with the role model Diablo, the gameplay roughly consists of two core aspects: fighting and looting. This is how we fight our way through the story campaign and receive new weapons and equipment in order to get stronger and stronger.

This also includes character development: So in The Ascent we can improve our bodies with cyberware that fits our preferred style of play. According to the Steam description, anything is possible between sophisticated and precise, as well as heavy weapons.

The Ascent is set to launch as a launch title for Xbox One X and will be released in late 2020. There is also a PC version on Steam, roughly 2020 is mentioned as the release period.