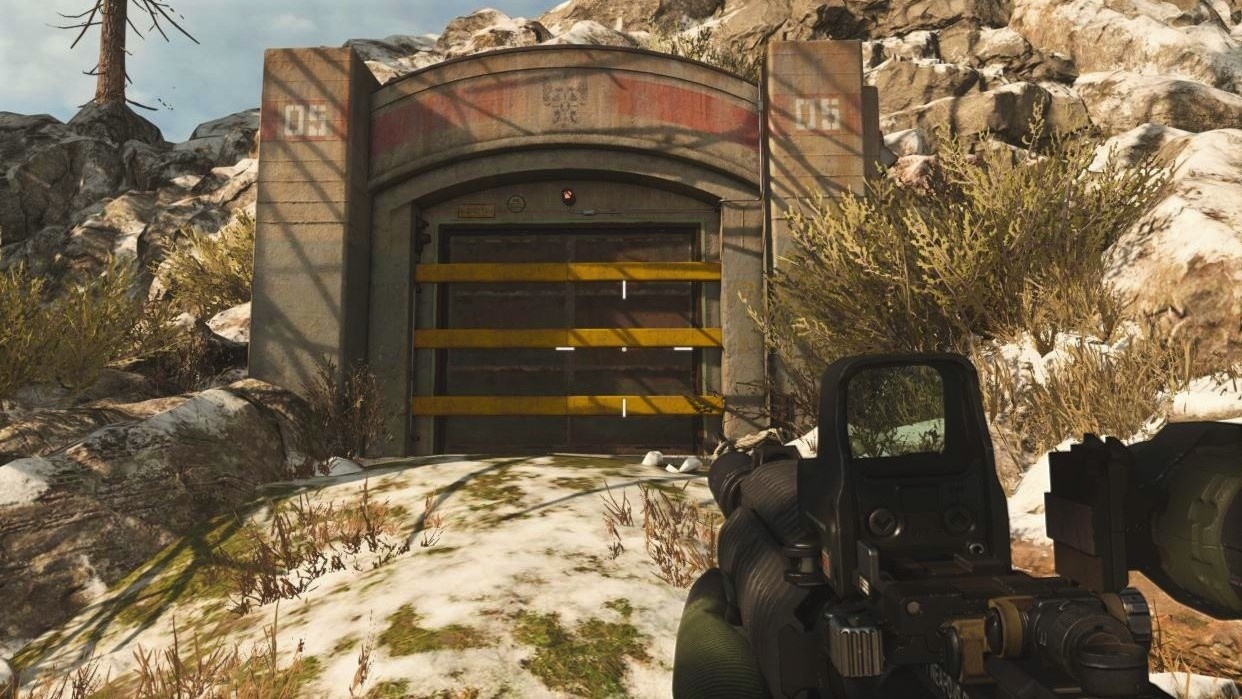 Obviously, tons of treasure chests are waiting behind the bunker doors of Warzone.

The latest update for Call of Duty: Modern Warfare not only brought new maps for the multiplayer and with the Armor Box a new item for the Battle Royale mode. The patch also shed some light on one of CoD's most exciting and mysterious secrets: Warzone.

Verdansk's secret bunker doors can now be opened! For a long time, players have been puzzl ing over what is hidden behind the eleven bunkers that are spread all over the Warzone map. So far, thick, yellow steel struts block the entrances.

As a team of Reddit users found out, the big gates are now closed with a key card to open. In a short video they stormed one of the bunkers and found a very special kind of treasure in it: Lots of loot boxes with tons of money, killstreaks and excellent weapons. Just watch the clip for yourself:

How do you get such a key card to open the bunker? If you ever want to raise such a loot treasure in CoD: Warzone, then you obviously need one of the red access cards that can be found in normal loot boxes in the game world since Update 1.20. To get there, you just need luck, because there is currently no way to get such a card.

Does this reveal the secret of the bunker?

Perhaps the bunkers were actually only planned by the developers at Infinity Ward as locations for outstanding loot. But the CoD community is already speculating that there are more mysteries lurking behind the bunkers than just weapons and money.

On Reddit, the user who posted the video explains that he is in the bunkers Has found ladders that he has not yet been able to climb down. So it is quite possible that the secret systems under the Warzone map will open even further in the course of the next updates.

At the same time there have been rumors for a long time that the bunkers may even be Could indicate a new map for Warzone. The upcoming patches have to prove whether there is really anything to it. Season 4 of Call of Duty starts at the beginning of June, and this date should also bring a lot of innovations.

Phantasy Star Online 2 is coming to PC in late May