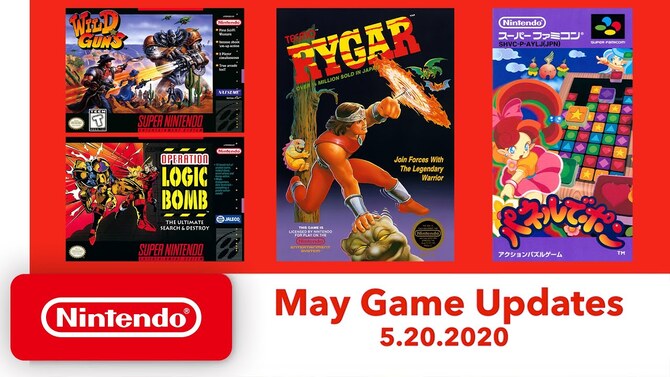 After more than two years of Swiss-wide consistency, Nintendo announced in the fall that Nintendo Switch Online retro games would no longer benefit from a monthly update, opting for an irregularity with which public transit users 'le-de-France are all too habitus.

see also: Paper Mario The Origami King announces itself by surprise for this video t

But because you always have to give a good reason to renew your subscription, Nintendo today announces the arrival of four new retro games, which will bring the total number of games available 82, a number that particularly excites numrologists

. As of May 20, subscribers in need of pixel will be able to take advantage of :

If this selection does not win your favor, maybe you will find a good reason to go into exile in Japan, because island players will be able to indulge in Super Punch-Out !! and Journey to Silius in place of Wild Guns and Operation Logic Bomb. What do you want: life is so made, and generally unfair.

Wild Guns, Pon's Panel, Operation Logic Bomb and Rygar will all be available to Nintendo Switch Online subscribers starting May 20. So happy ?