Mafia gets a full remake. The protagonist Tommy looks a little different and not everyone likes a new edition.

The first mafia is still one of the best story adventures ever. Only the now slightly dusty look makes the title only partially playable today. All the more gratifying that a complete remake of the gangster adventure now appears, which seems to turn the game world Lost Heaven into a feast for the eyes.

Obviously, not everyone likes that. Shortly after the first leaks, the inventor of the original, Daniel Vavra, spoke on Twitter. The current creative director at Kingdom-Come developer Warhorse Studios made it clear that he absolutely has nothing to do with the remake of Mafia and didn't expect much from it.

The first mafia was developed under the direction of Vavras

and published in 2002. Vavra probably also had the idea not to let the player compete against the mob as a police officer, but to tell the story of a member. The Czech developer studio was then called Illusion Softworks, but was later taken over by 2K and eventually merged into Hangar 13. The current Mafia developers who are working on a whole trilogy in addition to the remake for Mafia 1: 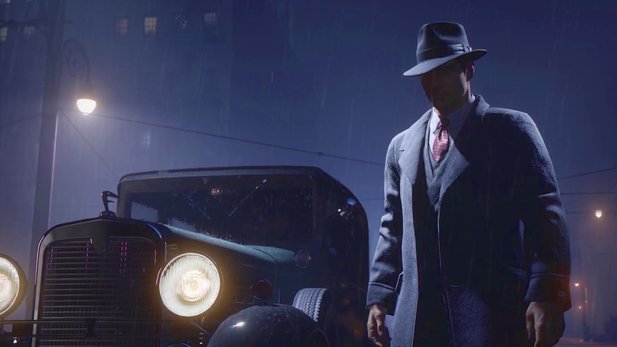 Vavras problems with the series

It is not only since the controversy surrounding Kingdom Come: Deliverance that Daniel Vavra is a person who often teases. Even his past with the Mafia series didn't necessarily end well. After leading the first part, he assumed the role of creative director for Mafia 2.

Even after the studio was eventually taken over by 2K, Vavra remained responsible for the development and history of Mafia 2 for a long time. Indeed he left the studio in 2009 and thus before the release of Mafia 2.

The The reasons for Vavra's departure are not 100% clear. Vavra himself claims that it had to do with Mafia 3. So the publisher Vavra's own concept for a third part of the Mafia series did not please, whereupon he decided to leave the company. Three years later, he founded Warhorse Studios and led the development of Kingdom Come: Deliverance.