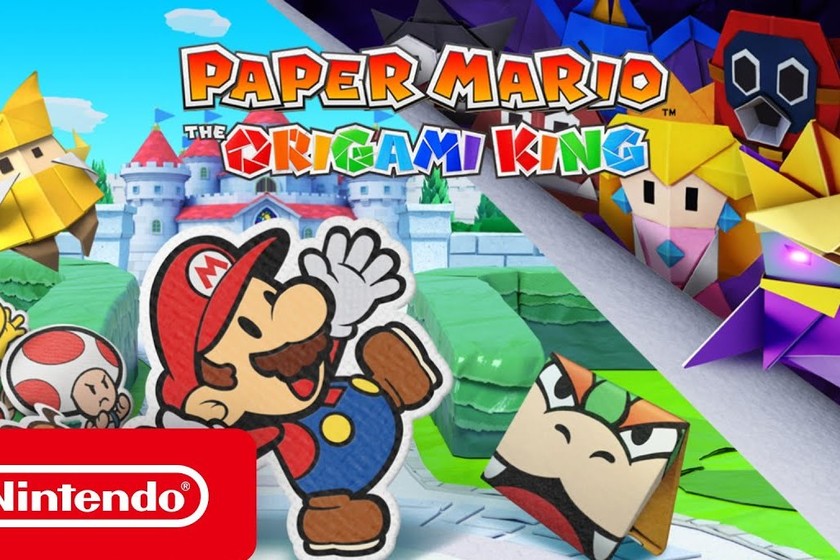 So for good Nintendo just surprised us with an announcement in style to present Paper Mario: The Origami King for Nintendo Switch. The paper Mario will return to action with a completely new adventure and his release date has just been announced: the next one July 17th.

Was one of the rumors that started ringing loudly months ago and finally this new installment of the series has just been made official in which our longed-for plumber will face an origami threat. Mario will be accompanied by a new partner, named Olivia

, as they battle other paper enemies to rescue Princess Peach from the evil one King olly.

The new antagonist will transform Princess Peach into origami and take her castle far away to a mountain while trying to remake the world with this new shape. On his journey Mario will even ally with Bowser himself

, who will be another victim of King Olly's plan by transforming this to his henchmen into origami.

From what we can see in its first official trailer, the new Paper Mario will keep a sense of humor that characterizes the series. Also, it will bring back your turn-based fighting where you have to think carefully about how to defeat enemies thanks to the new habilities Mario will have at his disposal, including one that will allow him to extend his arms to interact with places on stage.

You certainly wanted to see a new Paper Mario and Nintendo couldn't think of a better way to bring back the franchise with Paper Mario: The Origami King, which is already available for your reservation in the Nintendo page.