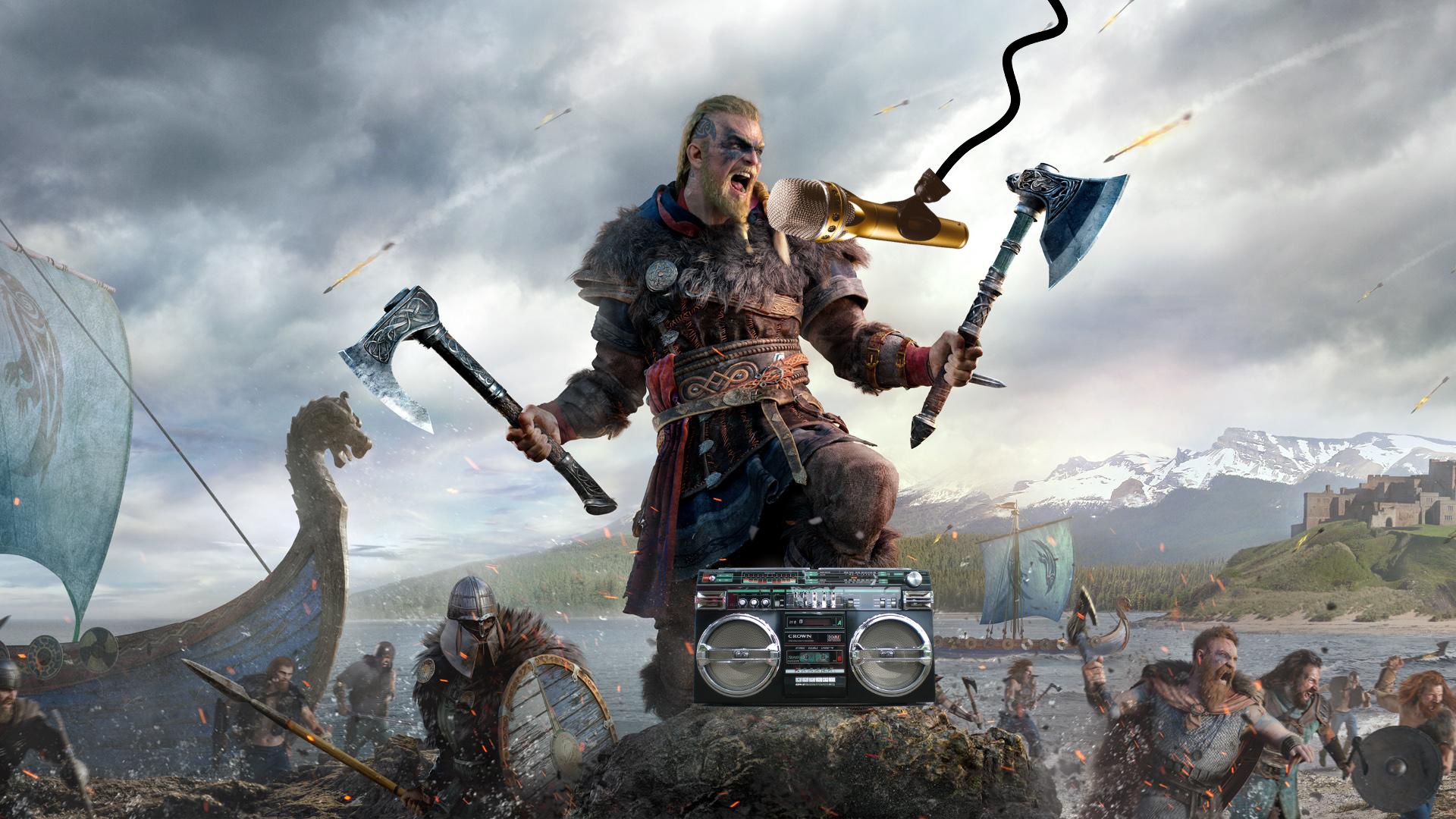 An assassin doesn't just have to prove himself on the battlefield, skills on the mic have recently been added.

Yes, rapping in Assassins Creed is now! Sounds absolutely crazy, but is historically documented and is intended to show how much the developers in the latest part of the series have dealt with the tradition of the Northmen. And there seem to be arguments of the musical kind.

The developers have now spoken via Twitter and bring a little light into the dark. Because we probably all have questions about the whole number now.

The pub becomes a stage

In a tweet, the creative director of Assassins Creed Valhalla, Ashraf Ismail, explains how the battles of a different kind should work:

Viking rap battles, you say? @AshrafAIsmail will get you up to speed on how this all-new feature works in Assassin's Creed Valhalla.#AssassinsCreed #ACFacts pic.twitter.com/WB9BEYO0yC

Crazy but true: Ismail explains that the so-called “flyting” is actually based on historical events: While people were in bars and taverns, there were often bards or other musicians who started to play. Similar to today's rap battles, the drunken ruffians began to insult each other to the rhythm of the music, and voila, here we have our Viking rap battles.

It is said that there was even such a battle between Odin and Thor, in which Thor could gain the upper hand solely through the power of music and defeat the father of the gods – other countries, other customs.

Ismail justified the decision to include the flyting in the game, by the way:

And what does flyting bring to the game? What at first sounds like silly entertainment and a bit more atmosphere, but is also said to be useful, according to Ismail. Because you should get “something” for what it is but he did not want to reveal yet. But it definitely sounds like there is more than just experience points for our rhythmic warriors.

AC Valhalla deals with violence differently than before

It is also interesting how exactly the mechanics will show up in the gameplay. They will probably have a similar structure to the mini-games in Watch Dogs, in which you could also challenge NPCs for a round of chess in some cafes or for a drinking duel in a bar. The drunk beef should start as follows:

The whole thing sounds like a kind of dialog-based quick-time eventin which you have to pay attention to both the content and the measure. You can carry this tradition everywhere in the game world: In the course of the story you will travel as a Viking from Norway to England, but according to Ismail the historical rap battles have been handed down in both countries.

So you can see that the developers have gone quite deep into the matter of the setting and have even made traditions of gameplay mechanics, of which very few are likely to have heard. Our history expert Fabiano explains what the Viking setting has to offer and explains the historical facts of the new Assassin Creed.

This augmented reality in Pokémon cards will fascinate you

Warzone and Modern Warfare reveals a new teaser for season 4