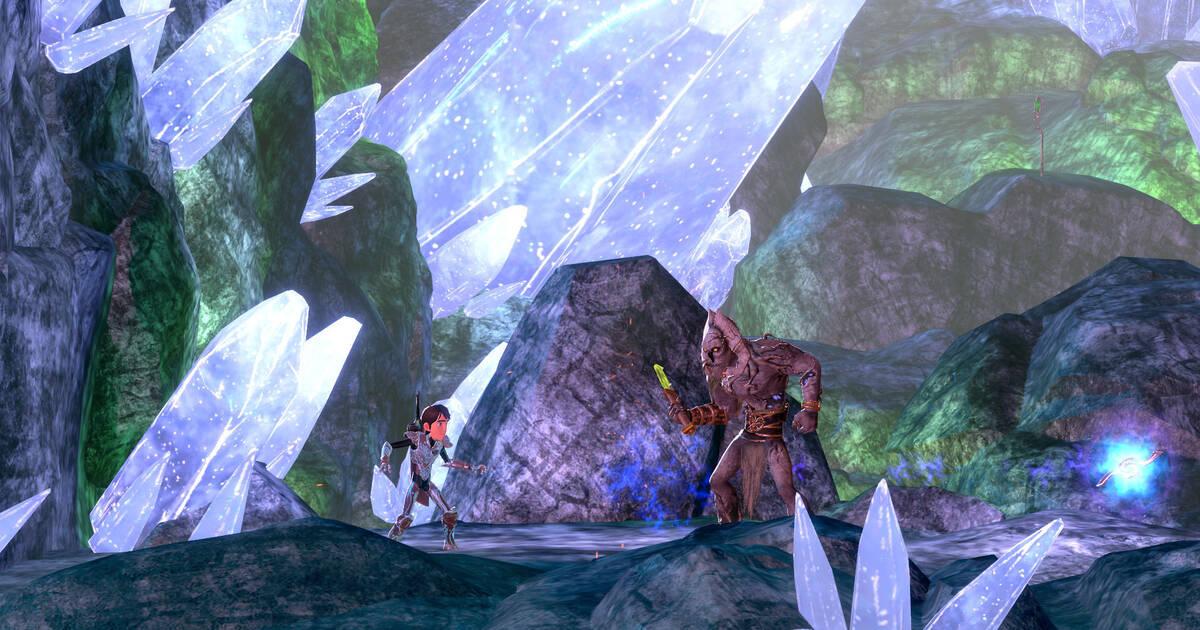 Trollhunters Defenders of Arcadia make the leap from the small screen to the world of video games. From Bandai Namco, Outright Games and Universal Games and Digital Platforms, announce the debut of the game this September 25 on the platforms of PC, PS4, Xbox One and Nintendo Switch. Described as a title that combines adventure and action with platforms, he has presented his first trailer and images. You can enjoy his video preview below:

Trollhunters Defenders of Arcadia, the videogame

This video game is based on the popular series of Dreamworks Animation and Netflix, Trollhunters. Emmy winner and signed by award-winning filmmaker Guillermo del Toro, the title is being developed by Wayforward. Is described as an action adventure and platforms to be launched this summer with "a stellar voice cast": the actors of the original series, Emile Hirsch, Charlie Saxton and David Bradley, will also participate in the game.

The triloga Tales from Arcadia Dreamworks Animation is made up of Trollhunters, The bottom 3 and the highly anticipated series Wizards, which will be launched on Netflix throughout this year. This fantasy proposal focuses on the city of Arcadia Oaks, an apparently normal and ordinary place … that is actually the center of a crossing between magic and mystical lines. "The city has just become the stage where intense battles are fought between creatures from another world, such as trolls, aliens and magicians"

Players will control Jim Lake Jr. and try to stop the apocalypse

, thus unifying the trilogy in an argumentative way. Players will step into the shoes of Jim Lake Jr., and together with him they will enter the world of Trollhunters to stop the temporary Apocalypse. "Invite players to dive into an intriguing adventure that shows us the basic pillars of the series of friendship, loyalty and fantasy"highlights Jim Molinets, Senior Vice President of Production at Universal Games and Digital Platforms. "The game expands the brave and original story that has dazzled fans for years and brings the world of Arcadia Oaks to life in ways that are both fun and surprising. "

We remind you that Trollhunters Defenders of Arcadia be available this September 25th on PC, PS4, Xbox One and Nintendo Switch.