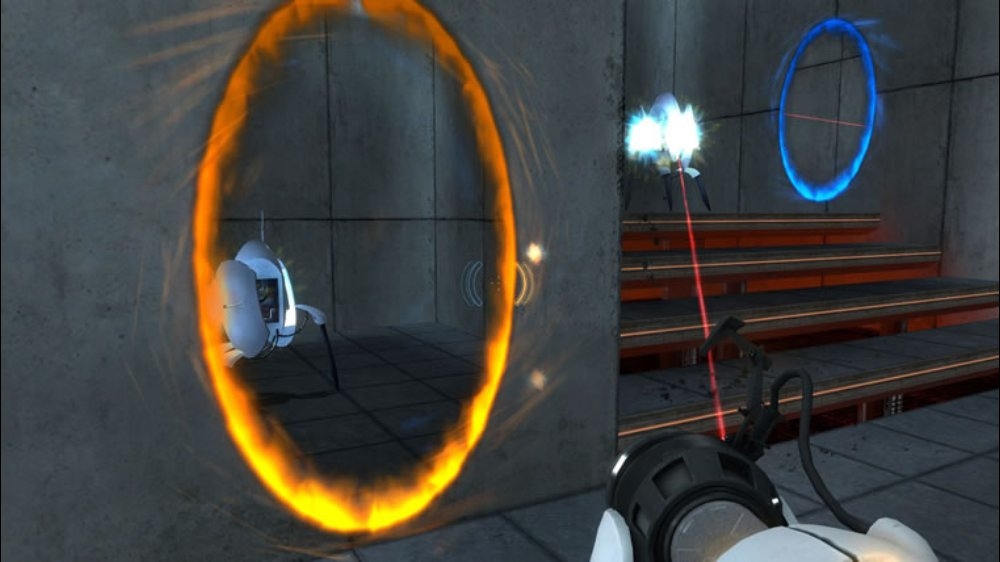 Although the team knew the level of virtual reality technology they wanted to test, the Half-Life universe was not the context it originally chose. Valve programmer and designer Robin Walker told VG247 that developers "have spent a lot of time exploring VR and talking about our various IPs."

But that didn't really work.

"In a while, we have done most of The Lab. So we have just spent almost a year developing on VR and we have learned a lot. When we look at our various IPs When asking yourself which IP works well in VR, it's easy to quickly rule out all the issues, "said Walker of Valve's early development phase of VR development.

"We don't think it makes much sense to do anything in a multiplayer game, and the number of viewers does not yet exist. The whole purpose of using an existing IP is to bring a lot of work without having to start over again. So we looked at things like This is usually the first thing people think of is what is feasible in VR, and this is also our guess, but once we start to study the introduction of Portal into VR, in fact, most of the successors of Portal all levels depend on you Stay motivated as you go through the portal. "

Walker said that in virtual reality, the problem of relying on players to stay motivated is more difficult.

"A lot are built around this concept. We think it will be a lot more difficult … after some experimentation and some thinking," What if you control something independently through the portal? " "Or something like that, but the game is so far away that we feel we are losing.

After using the Half-Life 2 assets to create a VR prototype, Valve finally chose Half-Life to better suit this need.

"Finally, Half-Life is the best one," he continued. "Some things are a core part of Half-Life. The original Half-Life was built by looking at what was happening in the shooter space at the time and thinking about what seemed to have a chance to do something more than just fighting (fighting) of.

"Half-Life and Half-Life 2, when we look back on these things, there are things we consider to be half-life DNA-part of this experience other than fighting. Things such as solving problems are not limited to manifesting Style puzzles, and also navigation puzzles-you may need to find items, or you may need to use physics to solve some problems. Then there is exploration-you will be in an area and you need to figure out how to travel and where to go, this Often it leads to confusion or fighting or other problems. The terminology we use internally is called vision, which means some kind of visual reward, narrative reward, and all these things. So Half Life has all these works that we consider to be DNA , And the actual experience you experienced was elaborate, and we blend these pieces together. So when we started researching VR, one of the things we discovered when we put people in the VR space in Half-Life . "

"We found that the transition to VR did improve a lot of DNA fragments. People have explored more than in the past, people have more fidelity interactions. People are more cautious in their activities around the world, and they have given everything more Pay more attention. In the end, this is really obvious. By the time we make the 15-minute prototype – well, we think it will take about 15 minutes, because it takes 15 minutes to finish in Half-Life 2 – but people will spend it. Come play for 45 minutes and really want to talk about all the other things we should do. Internal recruitment is easy because you can show them the prototype, people will see it, and they will see how they can help and want to join. "

Half-Life: Alyx was released to Steam today and has been well received by critics so far. We gave the game 5/5, calling it "the killer app for VR." You can view our reviews here.

Advertisement
Related Topics:ConsideredPortalrealizedValveVR39sworkwouldn39t
Up Next