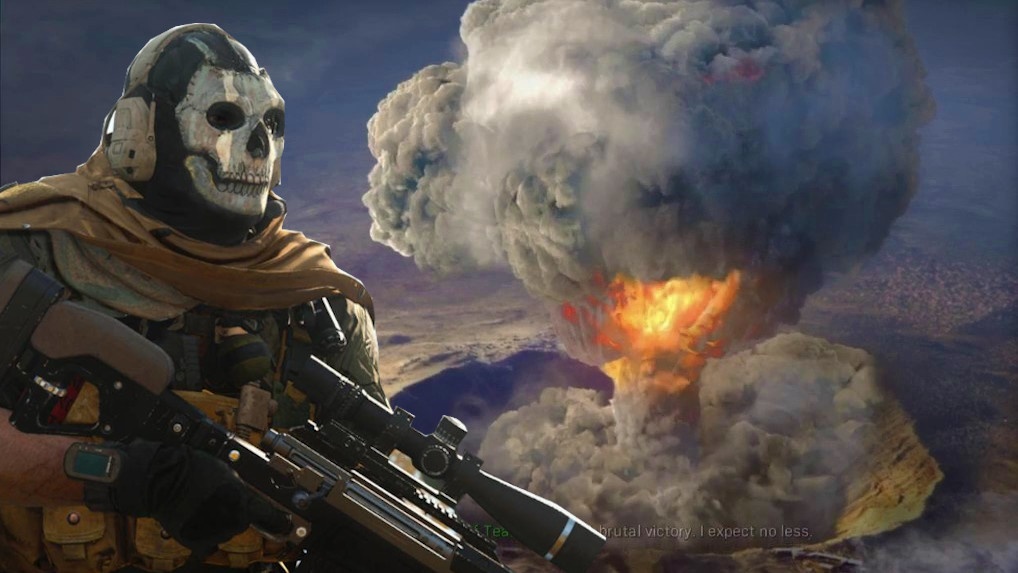 Call of Duty’s Battle Royale mode may be about to undergo fundamental changes.

A lot could change in the upcoming Season 4 of Call of Duty: Warzone and Modern Warfare. In addition to new weapons and Captain Price as a (possible) new operator, the map of the Battle Royale mode could soon receive some innovations, if not even a completely new map awaits us. At least a secret message from the developers now interprets that “Verdansk loss” at.

In their current and official blog entry write the developers; that a new weapon prototype is hidden somewhere under the Verdansk Warzone game world. This obviously means the MP7 special variant, the players can currently unlock by a secret order in bunker 11.

Hidden atomic bomb in Warzone: However, there is another secret hidden in the rear end of bunker 11. You have to crawl through a hole in a wall, and you end up in a hallway at the end of which a machine with a red button is waiting. If you activate this button again, you will see nuclear warheads in another, but not accessible, room.

How do you find the Easter Egg? In order to open bunker 11 at all and find the hidden atomic bomb secret, you have to meet some conditions in the game world and listen to certain telephones, for example. Detailed YouTube videos explain how you do this, for example the following:

Is Warmonuclear War Looming in Warzone?

This discovery alone is already impressive, but the matter becomes even more exciting if you combine these nuclear warheads with the other statements from the current message from the developers. Because even if a large part of the message relates to the MP7 blueprint, one sentence explicitly states:

“This operation is top secret and should not be shared with anyone outside of Armistice. We risk losing Verdansk and starting a global thermonuclear war if the operation is compromised.”

So will the Warzone map be replaced with a new one soon if we “lose” Verdansk? Clear conclusions cannot yet be drawn from this developer information. However, just like the many current oddities in the game world, they point to any approaching innovation that could completely change the Battle Royale mode.

CoD MW Season 4: When does it start and what can we expect?

After all, since the last updates, mysterious red key cards and Russian secret messages have appeared on phones. In addition, as mentioned, the bunkers that were previously locked for months have recently been opened and most recently a hint in the official patch notes of CoD Update 1.21 was that the so-called “Protocol yellow”.

Obviously, the developers are gradually delivering it little information about the future of Warzone. Hopefully what exactly all this information means will become clear in the course of the next few weeks and CoD seasons. We'll keep you up to date.

What happens at the Electric Blockaloo?

the hero of the fusion between Pokémon and One Punch Man