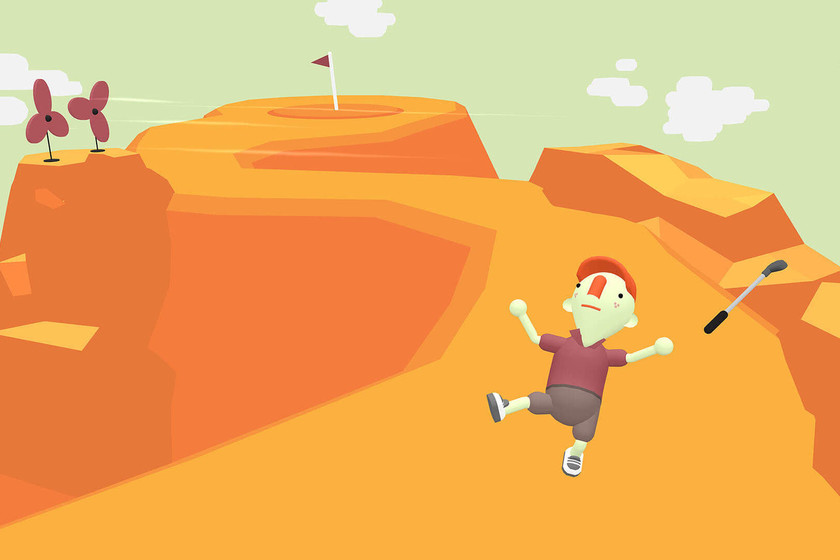 You may like golf games, but that is not a guarantee that the same will happen with What the Golf? Or maybe yes, but not for sport, but for his cheeky sense of humor. If you were waiting for it to come out for Nintendo Switch, we have good news.

Triband has finally announced the date of What the Golf? for the hybrid console. The next May 21th It will be available in the eShop at a price of 19.99 euros. Here's the trailer for the ad.

This version will not come lack of news. The game will allow you to use the Switch's touchscreen and gyroscope at certain levels to make them even crazier. In addition, it will include a new "party" mode for two players

in which the thing is completely unhinged, as seen in the video.

As I said before, What the Gold? not exactly a game of golf. At the beginning, yes, but not long after, he suggested that we all experiment with more strange mechanics to get the ball into the hole. Sometimes even with parodies of games like Superhot or Portal. As it progresses, golfing ends up being the least of it.

What the Golf? will bring his unpredictable vision of golf to Nintendo Switch next week