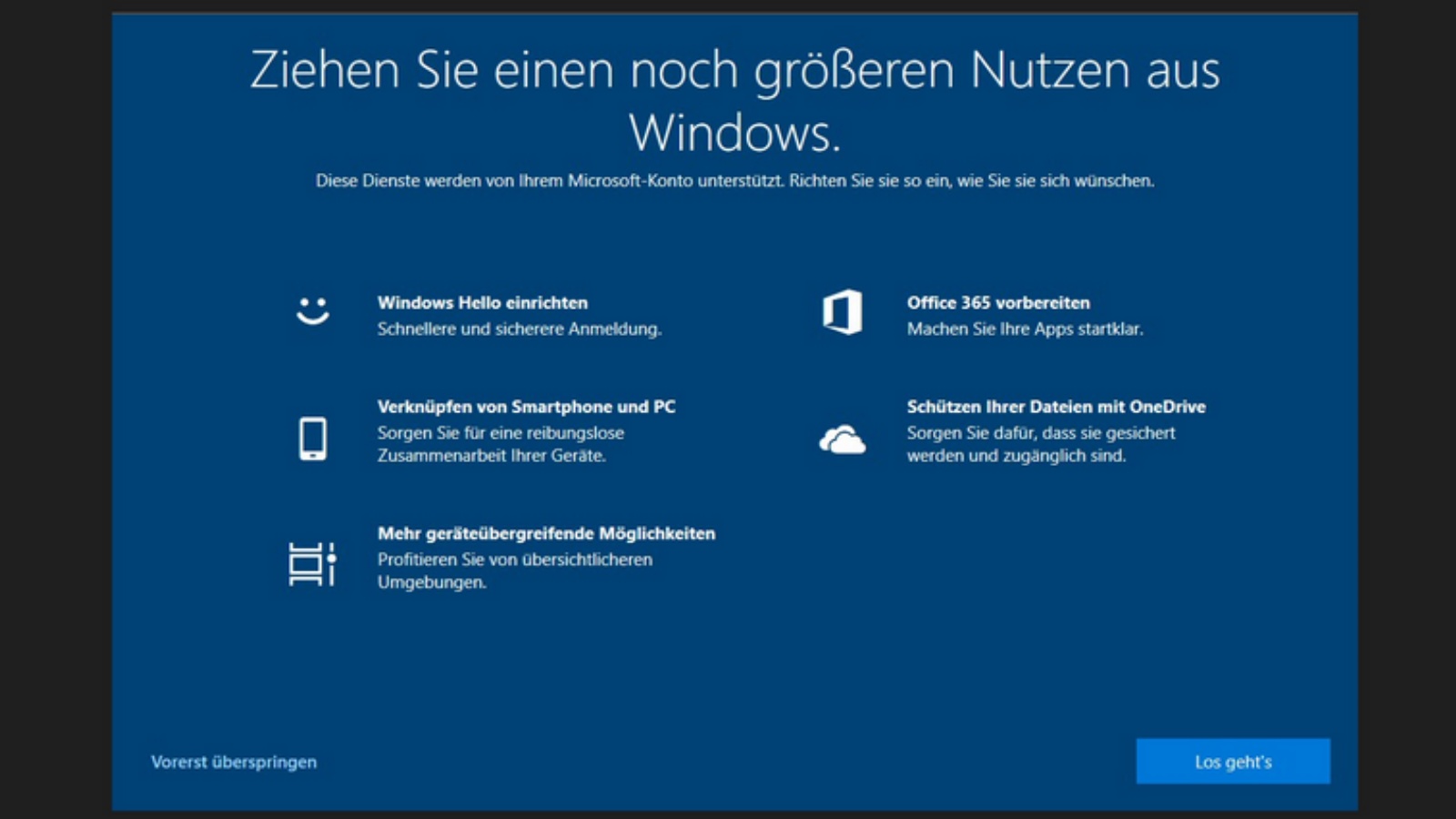 Windows 10 currently irritates users with the full screen message »Take even more advantage of Windows«That appears when the PC is started up and is intended to encourage users to use certain Windows services. Among other things, the message advertises OneDrive and Windows Hello as well as other services that require a Microsoft account.

Message does not only appear when installing or upgrading: Usually, Windows only displays this screen when you reinstall Windows 10. However, advertising for Microsoft services has recently also increased among users who use Windows normally and have not carried out an upgrade or a new installati on.

What is the full screen message?

The full-screen note on the Microsoft account has been around since 2019, when Microsoft introduced it as part of an update for Windows 10. First reports from users who felt disturbed by the full screen report have been circulating since March 2020. Recently, however, have been piling up loud WindowsLatest

Is the 2004 update to blame? Microsoft has not yet commented on why Windows 10 also displays the message apart from new installations and system upgrades. However, it would be conceivable that Microsoft would increasingly encourage its users to try out and use the new security features of the current build in the context of the Windows 10 Update 2004.

How can I deactivate the full screen message?

Clicking away is not enough: If Windows 10 shows you the full screen message, even though you haven't set up your PC again or carried out a system upgrade, clicking the text window will only help for a short time. Because as long as you do not deactivate corresponding messages in the system settings, Windows will probably show you the message again and again at regular intervals.

Get rid of full screen messages: To switch off the full-screen messages of Windows 10, you first open the system settings and then proceed as follows:

Now Windows should spare you annoying full-screen advertising for your own services and the Microsoft account.

Nintendo announces that 140,000 additional accounts have been hacked

Microsoft and Capcom worked on a reboot of Dead Rising “killer of Last of Us,” the news